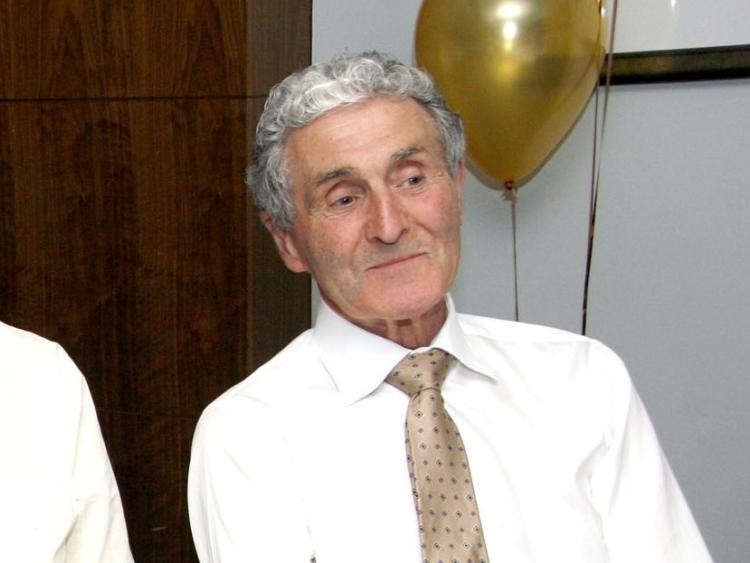 ONE of the best known and popular businessmen in Limerick, Joe Brooks of Patrickswell has died.

Joe, from Drumorna, Cloughkeating, Patrickswell ran a television and electrical business on Catherine Street in Limerick city for many years and is the father of successful property developer Aidan Brooks, who has been responsible for much of the major developments in Limerick city centre.

The late Mr Brooks formerly of Fountain, Ennis, County Clare was a very well-known member of the business community in Limerick for many years and ran a very successful electrical business in the city centre.

"He was one of the nicest gentlemen in Limerick. I knew him very well and we were very good friends. He was one of the first people in Limerick to sell televisions and ran a fantastic business. He did not just sell the television to you but he would always follow up and make sure everything was working well," said auctioneer, Pat Kearney of Rooney Auctioneers.

Mr Kearney also remembered going out socially to dances with the late Mr Brooks. "He was a fantastic dancer, always first up on the floor, when the rest of us would be afraid, looking on."

His son Aidan, started working in the business at a young age erecting television aerials, to raise enough money to purchase his first of many period homes, before becoming an international property developer. Recently he purchased the former Ardhu Ryan Hotel on the Ennis Road which he is developing.

The late Mr Brooks is survived by his wife Noreen, a former school teacher, and daughters Michelle and Sarah and sons Aidan and Joseph.

Reposing at Thompson's Funeral Home, Thomas Street this Wednesday from 6pm to 8pm with remains arriving at Raheen Churhc on Thursday for Requiem Mass with burial afterwards to Crecora Cemetery.