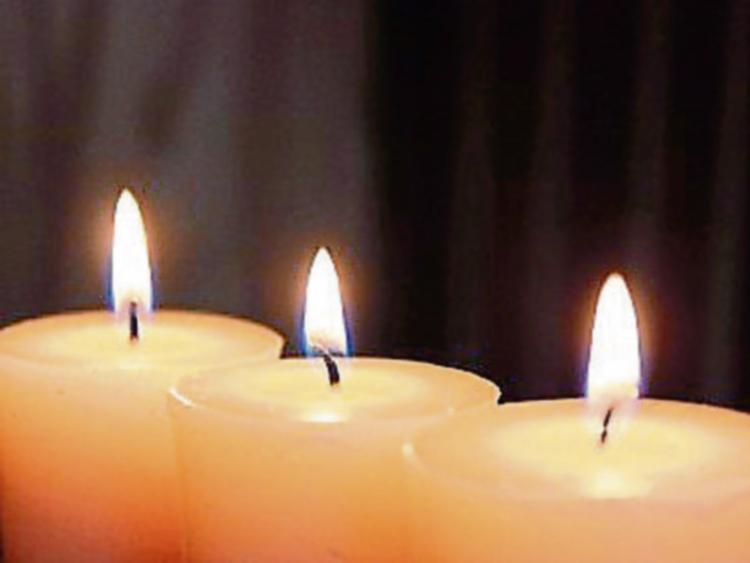 Remains will arrive at Our Lady of the Rosary Church, Ennis Road on Tuesday (August 6) for Requiem Mass at 11am followed by cremation afterwards at Shannon Crematorium (for family & close friends only).

Family flowers only, donations if desired to Irish Guide Dogs for the Blind or Cystic Fibrosis Ireland.

Requiem Mass on Tuesday at 11.30am with burial afterwards in Castlemungret Cemetery.

Requiem mass on Saturday (August 3) at 11am with cremation service afterwards at 1pm in Shannon Crematorium.

The death has occurred (unexpetedly) of Liam Houlihan of Crawford Street Bruff.

Predeceased by his father Paddy and mother Maisie. Sadly missed by his sisters, brothers, nieces, nephews, grandnieces grandnephews, extended family and friends and his faithful companions Ziggy and Bailey.

Remains will arrive to Ss. peter and Paul's Church, Bruff on Friday (August 2) for Requiem Mass at 11am followed by burial in the adjoining cemetery.

Removal from her home on Friday (August 2) arriving at the Church of Immaculate Conception, Walsh Island for Requiem Mass at 2pm.

Interment afterwards in the adjoining cemetery.

Father of the late Aileen.

Requiem Mass on Saturday at 2pm with burial afterwards in the local cemetery.

The death has occurred of Michael O'Gorman of Teesdale Avenue, Isleworth, Middlesex. Formerly of Kealogue, Oola.

Reposing at Ryans' Funeral Home, Pallasgrean, this Friday (August 2) at 7pm with removal at 8pm to Oola Church.

Requiem Mass on Saturday at 11am with burial afterwards in Doon Cemetery.