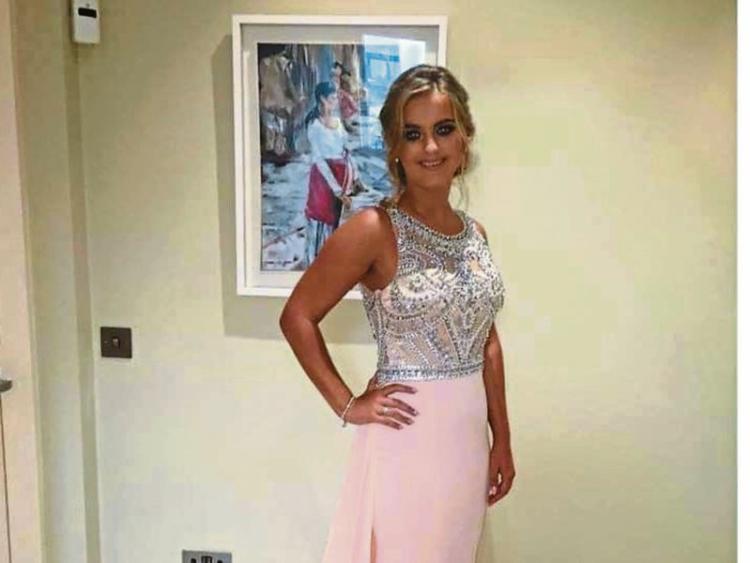 Business student Sophie Coll died from injuries sustained in a fall last week. Her funeral took place at the weekend

THE funeral took place in County Galway over the weekend of the University of Limerick student who died in a tragic accident last week.

Nineteen-year-old Sophie Coll from Barna, died after she sustained serious injuries in a fall at a house in College Court, Castletroy.

Following the incident last Monday, the Business student, who had only recently transferred to UL from NUI Galway, was taken to University Hospital Limerick where she was treated in ICU.

However, she lost her battle for life the following morning.

In an e-mail to students confirming the tragic death, UL President Prof Des Fitzgerald said: “Our thoughts and prayers are with Sophie’s parents Rory and Carol, her sisters Stephanie and Abbie, her friends, her housemates and fellow students. Ar dheis Dé go raibh h-anam dílis.”

Hundreds of people attended Ms Coll’s removal on Friday night and her Funeral Mass in Connemara on Saturday.

UL Chaplain, Fr John Campion, said everyone at the university was supporting the Coll family as they try to come to terms with her tragic death.

“We are supporting the family at this time, as well as Sophie’s classmates, and housemates, as part of our pastoral care protocol,” Fr Campion said, adding that a memorial service will take place for her classmates in the coming weeks.

There were emotional scenes on Saturday as Sophie’s family, including her parents Rory and Carol, her sisters Stephanie and Abbie, her friends, housemates, and fellow students laid her to rest in Furbo cemetery following her Funeral Mass.

Speaking at the weekend, one of her school friends –  Leona Colohan –  said she was devastated at what happened.

“I spent six years with Sophie in secondary school and she is an absolute lady with a heart of gold, she would do anything for you. She was a great friend to have and it is just so sad that she is gone. She will never be forgotten,” she said.

While gardai at Henry Street are investigating the circumstances of the young student’s death on behalf of the coroner, they have confirmed it is being treated as a tragic accident.

It is expected an inquest will open before the end of the year.

Given her love of animals, Sophie’s family asked mourners to make donations to charities including Madra, the ISPCA and the Donkey Sanctuary.