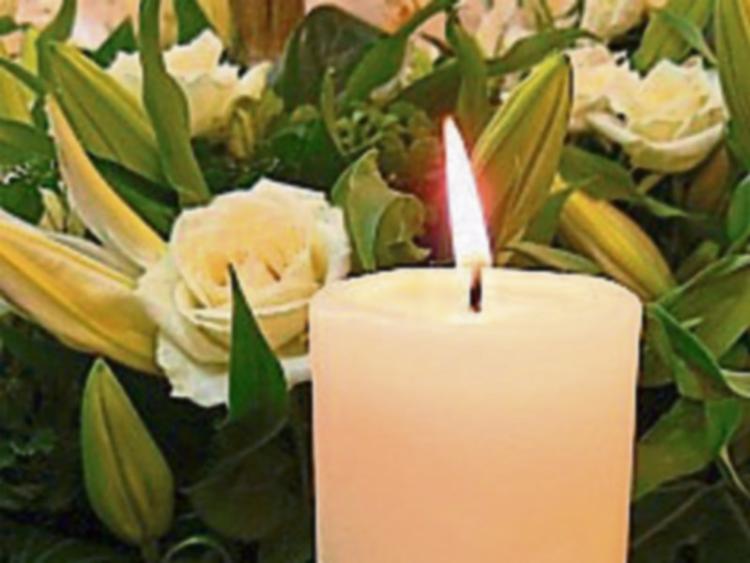 Beloved wife of the late Richard. Loving mother of Elizabeth, Burton, Francis, Rachel and John, sister of the late Elsie, Annabelle and Bertie.

Funeral Service on Saturday at 11.30am followed by burial in the old Adare Cemetery.

The death has occurred of Dan Sheahan, Holly Park, Kilcornan.

The death has occurred of Bridget (Birdie) Riedy (née Woulfe), in the wonderful care of the management, nurses, and staff of Beechwood House Nursing Home.

Reposing at the family funeral home on Friday from 6pm to 8pm. Arriving at Newcastlewest Church at 8.30pm. Requiem Mass Saturday at 11.30am with burial afterwards Calvary Cemetery.

Husband of the late Lily, father of the late Eileen and Tony. Deeply regretted by sons Paddy and Denis, daughters Geraldine, Betty, Noreen and Belinda, grandchildren, great-grandchildren, son-in-law, daughters-in-law, all other relatives and friends.

The death has occurred of Tagdh McCarthy, Kilmallock.

The death has occurred of Mary Hegarty (née O'Gorman) of Roundwood Estate, Rosbrien, peacefully at her daughter's residence in Ballyclough. Beloved wife of the late John.