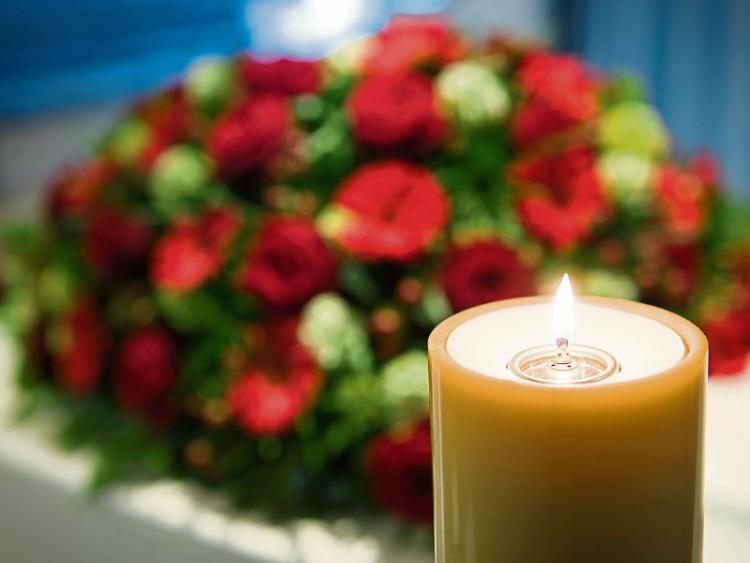 THE death has occurred of PJ McGuire, Greenfields, Rosbrien Road, Rosbrien and late of Slatta, Roscommon, An Garda Síochána and Immigration, Shannon.

Reposing at Griffin’s Funeral Home on Tuesday from 5.30pm. Removal at 7pm to Our Lady of Lourdes Church, Childers Road. Requiem Mass on Wednesday at 11am. Private cremation to take place later. Donations in lieu of flowers to Alzheimer’s Society Ireland.

Reposing at Ryan's Funeral Home, Ballylanders this Monday from 6pm. Removal at 8pm to The Church of The Assumption, Ballylanders. Funeral Mass on Tuesday at 11.30am followed by cremation at The Island Crematorium, Ringaskiddy, Cork.

Wife of the late Benny. Very deeply regretted by her sons Paul and Thomas, grandchildren, brothers and sisters and family circle.

Reposing on Tuesday evening at Daffy’s Funeral Home, Croom from 6pm with removal at 7.30pm to the Church of the Blessed Virgin, Patrickswell. Funeral to take place on Wednesday at 12 noon with burial afterwards in Crecora Cemetery.

Reposing at Harnett’s Funeral Home, The Square, Abbeyfeale on Tuesday from 6pm, followed by removal at 8pm to Church of the Assumption Abbeyfeale.

The death has occurred of Mary Cournane (née Fox), Bank Place Hospital and formerly of Rinroe, Castleconnor, Co. Sligo, after a short illness at the University Hospital Limerick.

Reposing this Wednesday evening at Daverns funeral home, Hospital, from 4.30pm followed by removal at 6.30pm to St. John the Baptist Church, Hospital. Requiem Mass on Thursday at 11am followed by burial in the adjoining cemetery.

The death has occurred of Mary Bryan (née McCarthy), Killuragh, Cappamore and formerly of UK and Kilrush.

Reposing at Lynch-Kelly Funeral Home, Cappamore on Tuesday evening from 6pm with removal at 7.30pm to St. Michael’s Church, Cappamore. Requiem Mass Wednesday at 11.30am and burial afterwards in Doon Cemetery.

Reposing at Thompson’s Funeral Home, Thomas Street on Tuesday evening from 5.30pm to 7pm followed by removal to St Brigid’s Church. Requiem Mass on Wednesday at 11am with burial afterwards in Castlemungret Cemetery.