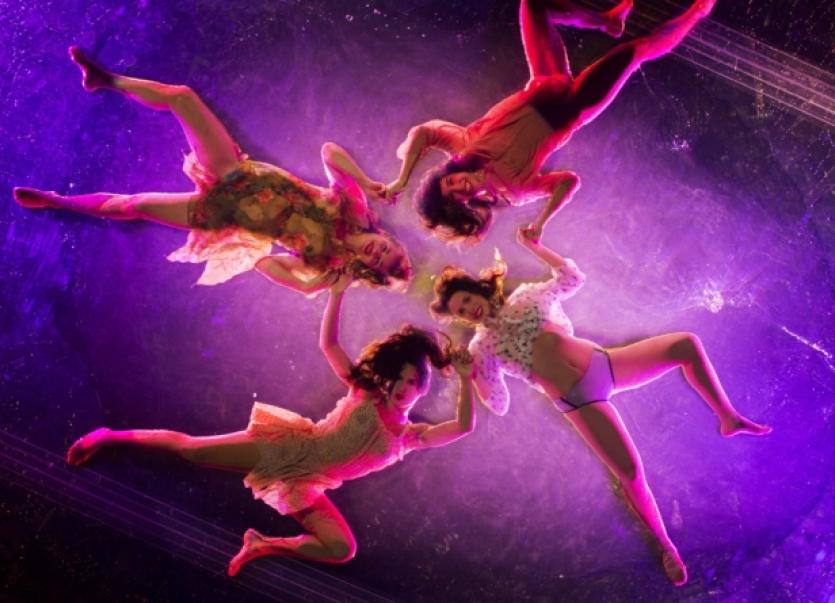 LIMERICK is preparing to host the Irish premiere of the dizzyingly theatrical Fuerzabruta, an Argentinian-founded multisensory spectacular that has been performed all over the world, as the next key event of City of Culture.

LIMERICK is preparing to host the Irish premiere of the dizzyingly theatrical Fuerzabruta, an Argentinian-founded multisensory spectacular that has been performed all over the world, as the next key event of City of Culture.

But what is it exactly? The press material with the show describes it is an “event where worlds collide and reality takes a back seat”.

We saw it in London’s Roundhouse recently and viewed it as a series of gigantic set pieces that are immersive, combining elements of circus and theatre to create a hypnotic and oft-erotically charged world, that is at turns aquatic and aeronautical.

1,000 people a night over 13 performances will bear witness to the show, which is set to thumping, tribal rhythms, in the High Bay of the old Dell Factory in Castletroy, which has been specially adapted for it, and as a venue for the year of culture.

When it is put to dancer-turned-aerialist Brooke Miyasaki-Lane, a performer in the show, that the central intent of the show is that it is meant to be indefinable, mysterious, the American agrees.

“If you ask the creator Diqui James, what is your show about and how did it evolve for you? He won’t give you a clear explanation,” she says.

“That has always been challenging, but a good part about performing in the show and having a director not spell out things for you, is that you realise you have quite a bit of freedom as a performer to create your own personal story.

“There is no dialogue, so there is nothing set in stone in that sense. The only thing that is set is the order of the acts, and maybe a loose choreography within them, and we do have quite a bit of room to improvise and play and create moments with the audience which change day to day.

“But it is really hard to truly define it,” she adds with a laugh.

Fuerzabruta, the fastest selling show ever to grace the Roundhouse, features acrobats swinging overhead the audience - it all happens in the round and is a standing show - a suited figure running through walls on a travelator and a maniacally grinning actor swinging from a gigantic, rotating crane.

One of the central, most impressive sequences, sees an underwater world suspended within touching distance of the crowd, while performers - Brooke among them - dive and bomb into the pool, suspended above your very nose.

It is incredible, a notion Brooke agrees with.

“It is,” she laughs, “and you get a lot of funny, varied responses from people. For example in London, surprisingly people are maybe more hesitant and don’t necessarily realise that they can sort of break out of their own box and have a game, can play in the moment.

“I hear that the show will probably be a little bit different in Ireland, that the folks in Ireland are going to be great fun and quite open and maybe more mischievous, which will certainly translate differently and it will engage the performers in a different way.”

The key outcome, Brooke - who met her husband through the show, now also a performer with it himself - is that “you take your own meaning when you leave”.

Asked if she has any advice for a Limerick audience, she says: “I would say, lace your shoes up - wear comfortable shoes - have a good time and come in with an open spirit.

“When you leave any preconceptions that you have about theatre at the door, and you are able to see it transformed into a new way, as long as you go in that open, you are bound to feel something that will change you.”