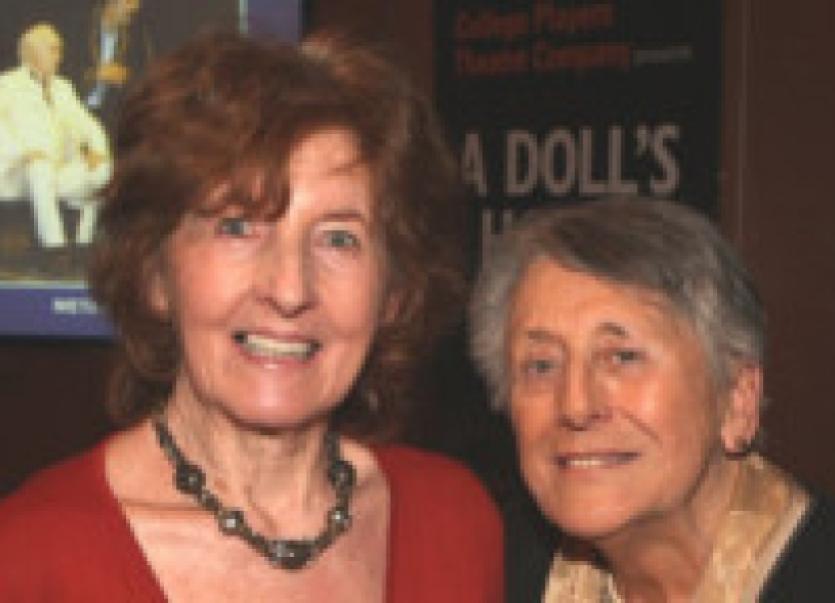 PEARL Kiely, one half of the celebrated duo who run Expressive Arts Theatre School, says there is “nothing else” she would rather do than work with children and mould them for stage and screen success.

PEARL Kiely, one half of the celebrated duo who run Expressive Arts Theatre School, says there is “nothing else” she would rather do than work with children and mould them for stage and screen success.

Pearl and May O’Halloran - seasoned performers on stage and musical theatre - founded the school in 1988 to work with young people in performing arts and over the past 25 years have worked with many hundreds of stage stars, some of whom have gone on to have very successful professional careers in the entertainment industry.

The class started modestly on a Saturday morning in Ard Scoil Ris on the Ennis Road before moving to Villiers, where the duo are now based and teach classes on a Friday and Saturday.

“It doesn’t seem that long, I have to say,” laughs Pearl. “It has flown, except some of our students have sent their own children back to us, so you feel there has been a passage of time!”

“We had a lot of wonderful kids, lasting friends who are now adults. It has been a beautiful life, I was thinking about it the other day, would I like to have done anything else, apart from performing myself, there is nothing else I would like to do than work with kids,” she adds.

Past pupils include Leanne Moore, Emma O’Driscoll, Jean McGlynn, Liam O’Brien and Nigel Dugdale - among many others - but while Pearl and May sought to teach the performing arts, they also strove to promote confidence and creativity.

“We teach them singing, drama and dance. Parents send them along because they are stagestruck, or because they are shy and it is a very good training ground for a shy child, it takes a little bit longer than the one who wants to be on the X-Factor,” she explains.

This Sunday and Monday, in the UCH, current students of Expressive Arts will celebrate the 25th anniversary with a huge show featuring songs from Annie, Me and My Girl, the Muppets and more, with past pupils to attend and more welcome for a ‘Gathering’ on Sunday night.

“We are looking forward to it, we will enjoy it, we have been doing it a long time now,” says Pearl of the annual show.

“It is a wonderful life, I never want to stop. It is very invigorating to work with kids, they energise you and are great fun.”