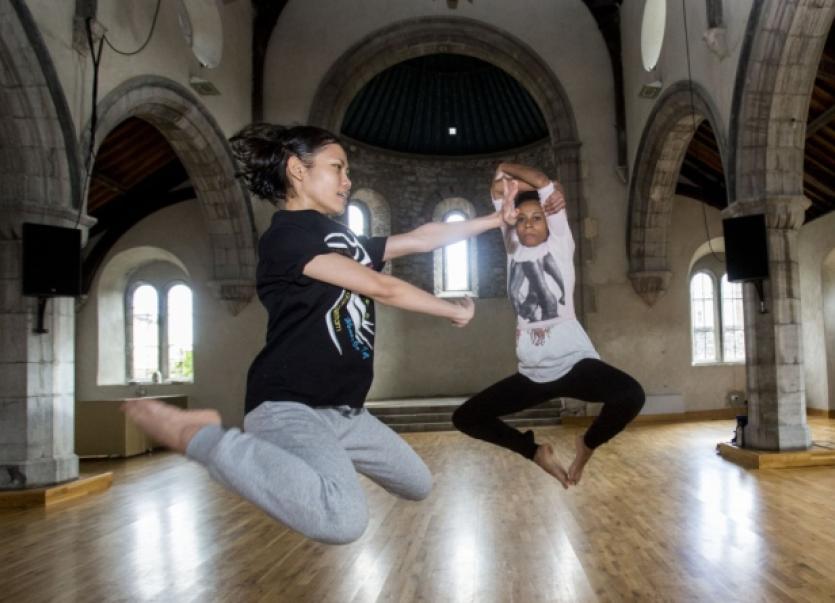 DANCE Limerick, a new dance support organisation rising out of the ashes of the defunct Daghdha Dance Company and seeking to “reinvigorate dance in Limerick city”, will be officially launched next month.

DANCE Limerick, a new dance support organisation rising out of the ashes of the defunct Daghdha Dance Company and seeking to “reinvigorate dance in Limerick city”, will be officially launched next month.

Funded by the Arts Council and Limerick City Council, Dance Limerick is intended to be effectively a support and development organisation for professional dance artists, a hub as opposed to a company, as Daghdha was.

This immensely positive development will see the fantastic facilities at St John’s Church utilised for dance performance once again, which have practically lain dormant since Daghdha lost their Arts Council funding in March of 2011.

Dance Limerick will be launched on the evening of Thursday, October 3, with choreographer Mary Nunan - a founding artistic director of Daghdha and current course director of the MA in contemporary dance performance in the University of Limerick - commissioned to create a performance especially for the event.

Jenny Trainor, director of Dance Limerick who managed Cois Céim Dance Theatre for over ten years, said it was “really fitting” to have Ms Nunan create a piece for the launch next week.

“Mary is responsible for so much of the excellence in dance that has happened in Limerick in the last 25 years,” she explained.

“In some way, Mary embodies dance in the Limerick region and I’m really excited to have her piece as part of our launch,” she added of the commissioned piece, which will feature five female dancers and is set to the 2nd movement of Schubert’s String Quintet.

Dance Limerick will exist to support dancers by providing bursaries, residencies and workshops and facilitate touring companies, with an emphasis on programming.

It has a different remit to that of Daghdha and a new board of directors has been appointed to manage it, who include chairperson Aoife McGrath, Helen O’Donnell and playwright Mike Finn, Caelan Bristow and Mary Wycherley.

“The facilities at John’s Square are absolutely phenomenal and I am delighted to have the opportunity to programme these world class facilities for dance artists and dance audiences in Limerick,” explained Ms Trainor, who has also previously worked at the Project Arts Centre and the Arts Council throughout an extensive career.

Following the launch in October, Dance Limerick will offer a programme of performances, residency opportunities, master classes, talks and lectures.

The programme up to the end of this year is to include performances by the renowned Limerick dancer Mark Carberry, the Liz Roche Company, Cois Céim and the Donnellan Dance Company.