Former IFA chief sweats it out for the Perfect Tango 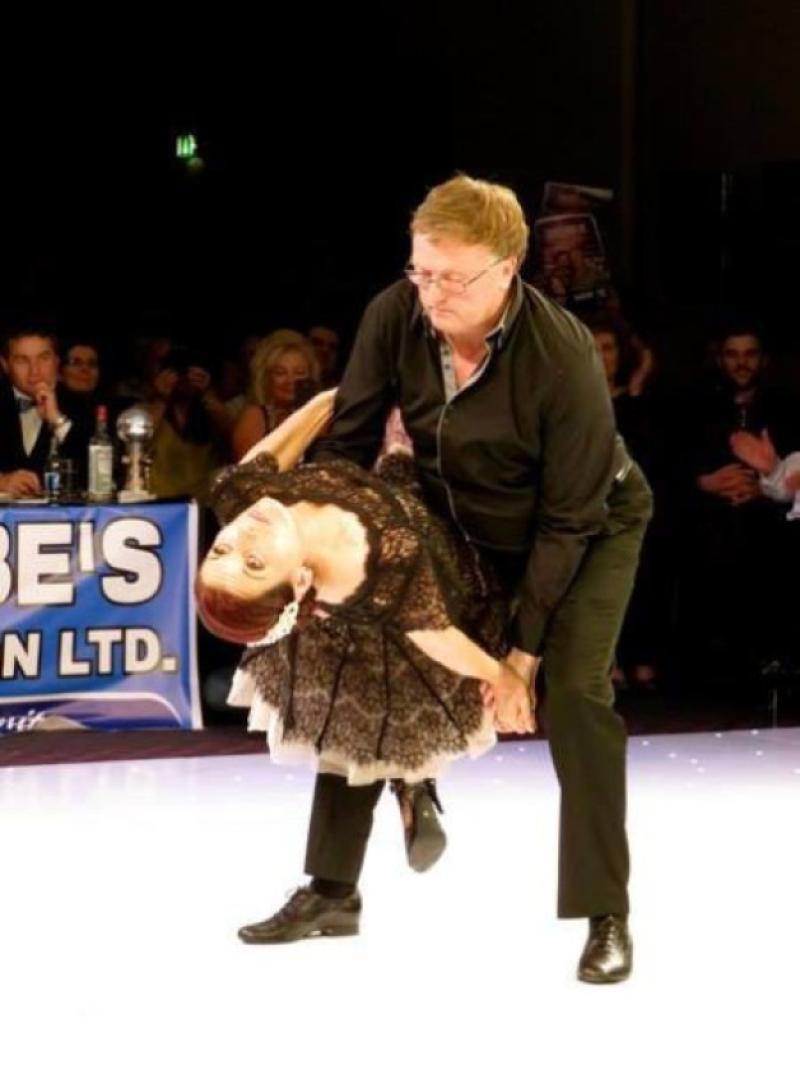 TWO former IFA presidents have been sweating it out under the spotlight this week but for very different reasons – one has been trying to tiptoe his way out of a major payments crisis while the other has been stamping his authority on the dancefloor.

TWO former IFA presidents have been sweating it out under the spotlight this week but for very different reasons – one has been trying to tiptoe his way out of a major payments crisis while the other has been stamping his authority on the dancefloor.

While Eddie Downey was feeling the heat from IFA members over former secretary general Pat Smith’s payments, Limerick’s John Dillon was the centre of attention at the South Court Hotel where he was crowned the winner of a charity dance competition in front of 1,300 people.

Those who might have expected the Pallasgreen farmer to be grooving to The Mashed Potato or the Chicken Dance were left gobsmacked by his poised performance of A Perfect Argentine Tango.

Such was the quality of his fancy footwork that he and his partner Audrey Horan, also from Pallasgreen, claimed the top spot in Strictly Care to Dance at the Movies, which was contested by 18 couples. The couple have already raised a staggering €12,000 for worthy causes, thanks to their efforts.

John loves dancing but country and western is more his style. Around a year after his wife Essie passed away he started to go dancing once a week - “country and western, jiving and waltzing and quick stepping but I’ve never done a Tango!

“I was out of my comfort zone when it came to the Tango but Audrey was so excellent - I couldn’t have met better,” he said.

Getting the footwork right was the biggest problem. “You had to be very correct,” noted John. “You couldn’t miss a beat or she would fall or someone would get hurt. Her leg was over my shoulder at one stage and then she jumped up on my side and put her two legs around me and she leaned back then with her hands behind her back. I managed it all,” said the 67-year-old, whose next birthday falls on December 28.

Was he exhausted after it?

“Oh gosh no, I am used to dancing. When I do country and western dancing I change my shirt two or three times!” he revealed.

“But now this was intense. I didn’t see anyone only Audrey on Saturday night when I started dancing. There was a story to this dance - it was more or less that she was going leaving me and going looking for a man. The man didn’t turn up and she turned back and looked at me and put out her hand and started stamping the floor, as if to say, ‘come on you so and so’, and I say, ‘OK, you so and so’. We got aggressive towards each other like two bulls. Audrey was just superb - I wouldn’t think there is anyone in the world as good as her.”

John and Audrey were the only couple to receive a standing ovation on the night. They hadn’t been practicing that long at all - only around three or four weeks. “We were practicing other dances and I didn’t like them and I think Audrey didn’t like them either,” he explained.

“We had difficulty when we were rehearsing because she was giving out a lot,” he joked. “Audrey does a lot of drama herself so she was giving out about where your legs are and where they are not. But she was probably right - she is one of the best girls I’ve ever met in doing anything. She is so correct and committed to do the job.”

Initially, John was very hesitant about taking part. “I was asked by Ger O’Connell and Richie Harty and they kept ringing me and eventually Richie Harty arrived to my house one morning at seven o’clock.

“I went down to the first rehearsal and stood at the door and then Audrey came down to me and said, ‘Will you dance with me?’ and I said, ‘I will’ and then she said it was the Tango and, ‘Oh Jesus,’ I says, ‘what next?’

He is now delighted he took the plunge especially after winning the top spot. “There was an adjudication panel and we got the top votes but we also won with the amount of money we brought in. We brought in over €12,000 and it’s still coming in.”