Dancing at the crossroads in Curraghchase 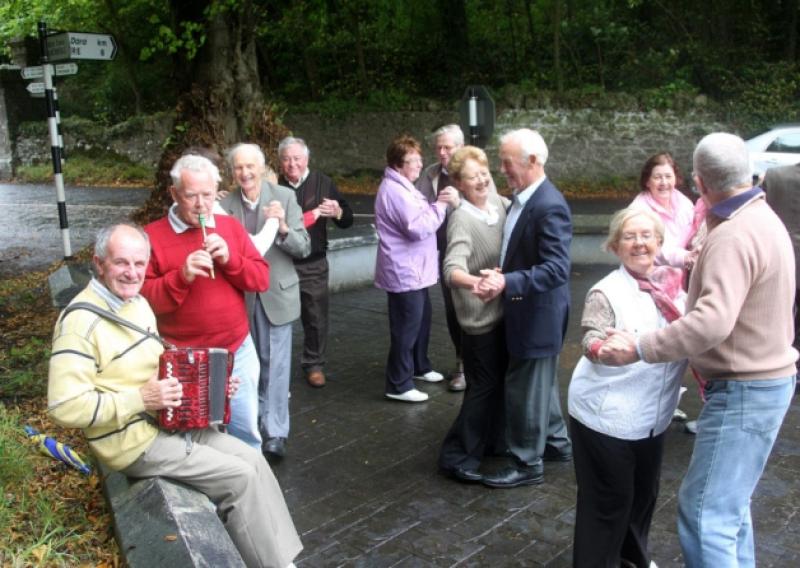 They’ll be dancing at the crossroads in Curraghchase later this month when a tradition dating back to the early part of the 19th century is once again brought to life.

They’ll be dancing at the crossroads in Curraghchase later this month when a tradition dating back to the early part of the 19th century is once again brought to life.

On June 21, the old Guerins dancing platform will be dusted off for a great afternoon of music and dancing.

“This is our fifth year organising dancing at the crossroads,” Michael O’Halloran, a member of the enthusiastic organising committee explains.

“Michael Sexton’s one-man band will supply the music as in the past and you are assured of an enjoyable and entertaining afternoon under the lime tree,” he added.

Dancing at Curraghchase has a long history, according to Mr O’Halloran.

The poet Aubrey de Vere, who lived at Curraghchase, mentions it as far back as 1815.

His grandfather, Sir Vere Hunt mentions the “ancient practice of dancing in Curraghchase” in his unpublished diaries.

Many decades later, the Guerins, a local family who lived near the original entrance to Curraghchase, began organising regular Sunday dances. They had a demountable wooden platform which they set up each week at the cross-roads directly across from the original entrance which then became known as Guerins Platform.

It became a very popular spot, drawing people, on foot and bicycle, from Cappagh, Kilcornan, Adare and Askeaton and lasting up to the 1950s. It was, according to local people, a great venue for romance and many of those who found romance at Guerins have relished the chance to relive their youth.

Some years ago, the platform was given a make-over and the cross-roads site was tidied up and refurbished and a concrete floor laid. A plaque, commemorating the Guerin family was also erected.

Tea and cakes will be provided by the committee. To get to Guerins Platform from the N69, take the road to Adare a few miles east of Askeaton or turn off the N21 at Croagh and travel the Askeaton road. The dancing starts at 3pm.