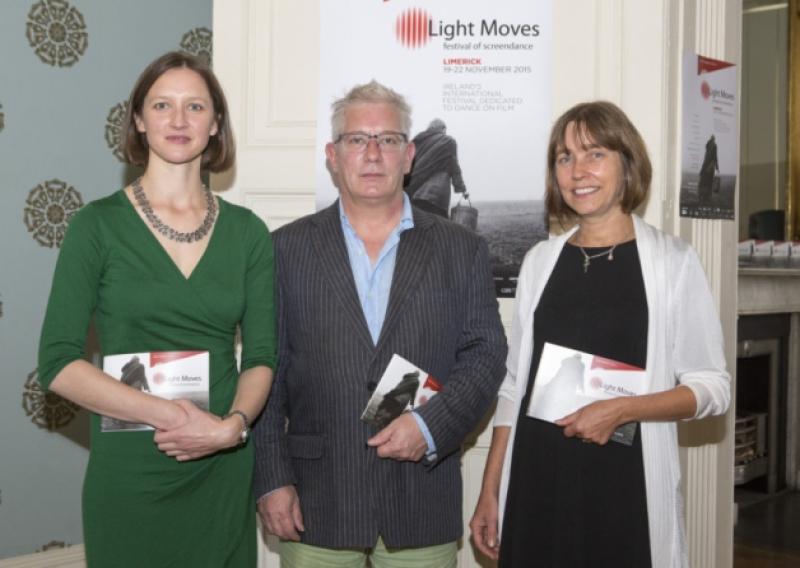 IRELAND’S only film festival dedicated to the representation of dance and movement, Light Moves, is gearing up for its second year of action in Limerick.

IRELAND’S only film festival dedicated to the representation of dance and movement, Light Moves, is gearing up for its second year of action in Limerick.

The programme of events at the Dance Limerick and Digital Media and Arts Research Centre (DMARC) in UL produced event, which is dedicated to the arts of screendance, includes work by close to 100 artists, with more than 55 projects to be showcased over four days in the city, from November 19-22.

Some of the flagship events include the European premiere of 24 Frames Per Second, a multi-arts commission by Carriageworks, one of Australia’s leading contemporary arts centre; a special screening of performance artist Matthew Barney’s Drawing Restraint 9; a screendance symposium and lab, and children’s workshops, and much more.

Curated by Jürgen Simpson and Mary Wycherley, the festival combines feature films, invited works, open submissions and explorations of dance on screen by some of the most respected figures in the field.

Festival curator Mary Wycherley said that it was a “festival of opportunities”, adding that there was an “exceptional response” to the open call for works for the festival.

According to organisers, more than 140 submissions were received from 30 countries in response to an international open call, with those to be shown selected by Light Moves curators.

“The works presented explore and expand the notion of choreography, enabling the body to take centre stage whilst advocating screendance as a way of both making film and thinking about film and dance,” Ms Wycherley said.

Light Moves festival of screendance was established in 2014 as a legacy project under Limerick City of Culture.

For more information and a full list of events for the four-day festival, visit www.lightmoves.ie.