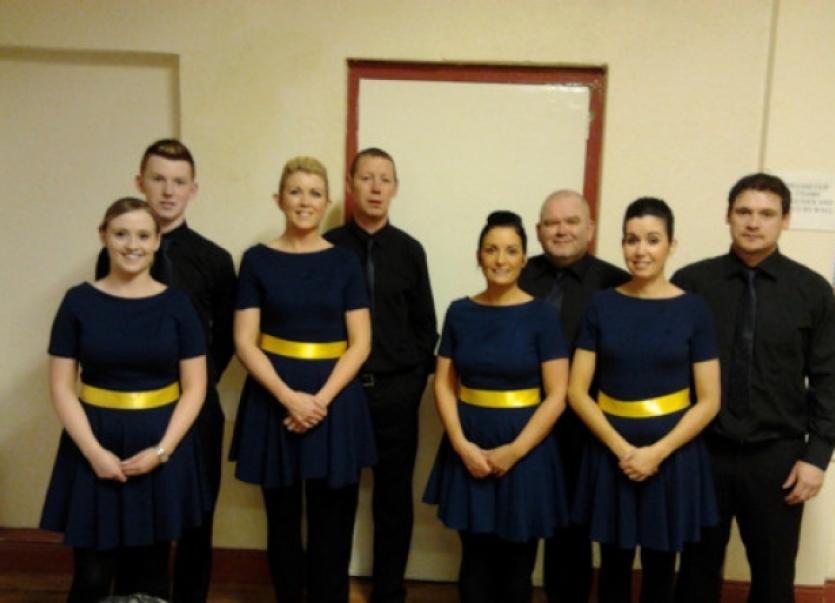 Limerick hurling legends, Ciaran Carey and Barry Foley, may have fallen just short in their efforts to bring the Liam McCarthy Cup back to Limerick, but they are teaming up again. And this time they might just go all the way.

Limerick hurling legends, Ciaran Carey and Barry Foley, may have fallen just short in their efforts to bring the Liam McCarthy Cup back to Limerick, but they are teaming up again. And this time they might just go all the way.

The duo alongside the rest of their Patrickswell set dancing troupe won the Senior Scór Set Dancers County Championship last Friday night in Askeaton. The hurling heroes only returned to the dancing fold six weeks ago after a 15 year set dancing hiatus.

“A few of us hadn’t done it in years, I think it’s about 15 years since I did it. It’s about 15 or 16 years since Ciaran Carey did it so it was like going back into the past,” laughed Barry Foley.

The duo had been in intensive training with Muirne Bennis over the past six weeks to make sure they were up to speed ahead of the county final and their competitive instinct is sure to kick in now they are preparing for a Munster final in Templemore on Saturday, April 6.

The pair were key members of the last Limerick side to win the Munster Senior Hurling Championship in 1996. And Barry says while set dancing might not require the same kind of fitness as hurling, it is demanding in its own way all the same.

Barry and Ciaran may be used to pressure from their hurling days and this is no different with Patrickswell having won the Scor set dancing All-Ireland final in 2011. The female partners from that successful team remain along with Michael Shinnors but Barry, Ciaran and Ciaran’s son Barry Carey are new to the fold for this year’s competition.

“We’re the newcomers and we’ll have to listen to the other three lads if we don’t win it,” said Barry.

If they are successful on April 6, another All-Ireland final beckons for the pair, who agonisingly missed out on bringing Liam home to Limerick in the 1996 hurling final against Wexford, at Croke Park.

Limerick will be represented in all eight competitions of the Scor Munster final in Templemore with Ahane in figure dancing and recitation, Feoghanagh/Castlemahon in solo singing, Tournafolla in the instrumental music, Pallasgreen in the ballad group, Monaleen in Trath na gCeist and Feenagh/Kilmeedy in the novelty act.