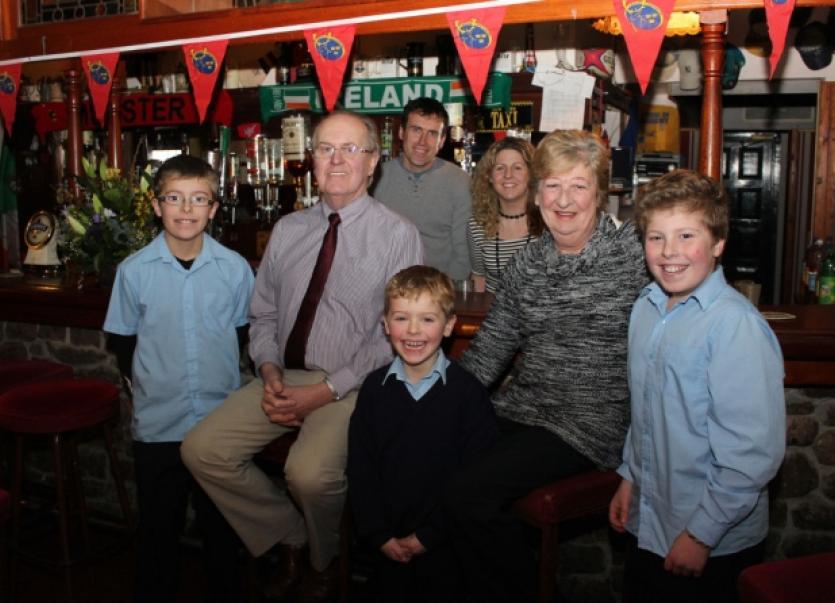 AFTER almost 43 years in business, the proprietors of the popular dancing venue The Greenwood Inn in Ardpatrick are passing the baton to the next generation and retiring from the trade.

AFTER almost 43 years in business, the proprietors of the popular dancing venue The Greenwood Inn in Ardpatrick are passing the baton to the next generation and retiring from the trade.

Following a successful four-decade run in which they poured their heart and soul into the establishment, John and Mary Quilty are handing over the business to their daughter Teresa and her husband Adrian Gilligan.

“We are excited and we are nervous. My parents have set a huge standard for us to keep up with,” said Teresa.

“It’s a chance for my parents to retire and to live a little. They are used to working day and night.”

The mother-of-three has been involved in the bar trade since she was old enough to walk.

“I would have been picking up glasses, cleaning out ashtrays - the whole lot. We have very happy memories here,” she smiled.

The Quilty family lived over the bar for many years, all taking an active role in the business which, over the decades, hosted top showband acts including Joe Dolan, the Fureys, Margo, Susan McCann and Mick Delahunty who sadly died shortly after his band’s farewell show at the venue.

Before it was purchased by the Quilty family, the establishment was owned by the Higgins family.

“It was just a pub then. My parents built on the dance floor and started the live entertainment,” explained Teresa who has three sons - twin boys Aidan and Declan, 11, and Conor, 6.

As part of their immediate plans for the business, Teresa and Adrian are closing the dancing venue and concentrating on The Back Bar.

“There are still two bars at the front and we are hoping to develop those in the next few months but at the moment we are just doing The Back Bar – we are taking baby steps, small steps at a time.”

They have applied for a change of use to turn the dancing venue into a gym and are awaiting a planning decision.

Meanwhile, in a show of appreciation for their service to the community over the decades, a large crowd gathered at the Greenwood Inn last week to wish John and Mary well on the next chapter in their lives.

“It was just amazing,” said Teresa who, on behalf of her family, thanked the local community for their continued support.

“There were customers there who they hadn’t seen in 20 or 30 years. They came back to wish them well. There were ballroom dancers and a flock of band men. Everyone was full of well wishes. They are friends for life really,” she said.