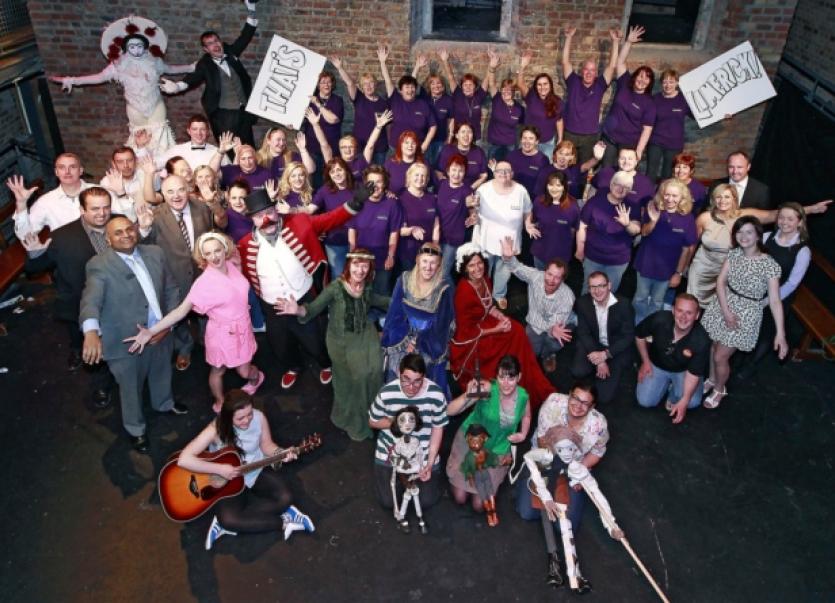 That’s Limerick, a showcase event organised by the Shannon Region Conference & Sports Bureau and the hotels in Limerick, in association with Failte Ireland, took place in Smock Alley Theatre on Tuesday night, intended to promote the city and county as a top destination ahead of next year’s City of Culture.

Well known business leaders, media and personalities were entertained by their Limerick counterparts at the event, which featured food, fashion, music and drama and representatives from Limerick hotels, venues, academic institutes, sporting facilities and festivals. Minister for Finance Michael Noonan was in attendance, as was Karl Wallace, director of Limerick City of Culture 2014, and who noted that the showcase’s efforts in attracting business to the region would “be a significant boost to the year of culture in Limerick 2014”.

“Next year the spotlight turns to Limerick and its many cultural offerings; welcoming visitors and neighbours to share in the creative talents of the city and its incredible people,” he explained.

Local actress Maeve McGrath, who runs Theatre at the Savoy and is involved in the organisation of the annual Elemental Festival, said the event was “absolutely brilliant”.

“It was great for us to be able to talk to the press, to tour operators, to say come and see us,” she explained.

“To stand back and look at everything that was on display was fantastic. It was brilliant and just shows what we have as a city and we should be proud of it.”