Halcyon days of Oyster Ballroom are back again in Limerick 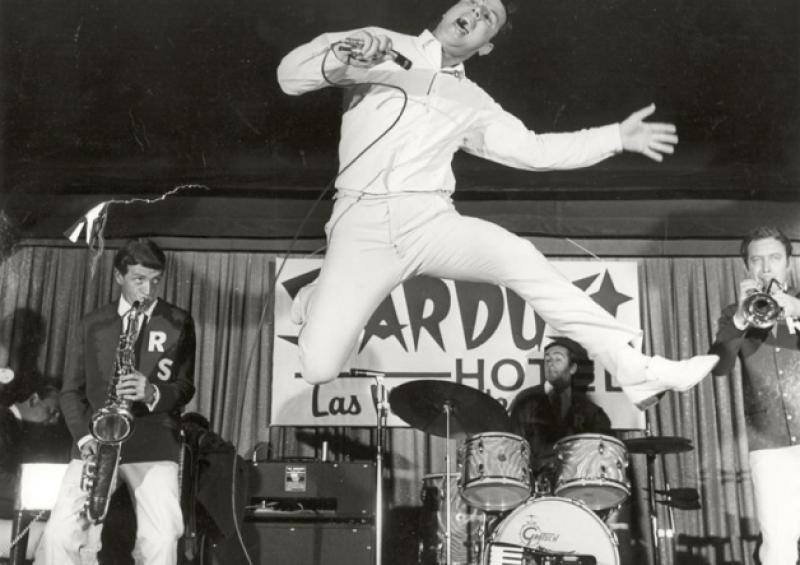 An ERA long gone but certainly not forgotten will be recalled when Brendan Bowyer plays a special concert – Rolling Back The Dromkeen Years – at Cappamore Community Centre on Sunday night, August 30.

An ERA long gone but certainly not forgotten will be recalled when Brendan Bowyer plays a special concert – Rolling Back The Dromkeen Years – at Cappamore Community Centre on Sunday night, August 30.

The show will recall many happy memories of the famous Oyster Ballroom in Dromkeen, which was one of the most successful venues in the country during the days of the showband boom in the 1960s and 70s.

It was proclaimed as the “largest ballroom in the south’ in a special feature in the Limerick Leader to announce its opening on Wednesday, November 19, 1958. Over the next two decades all the top stars performed there including Jim Reeves, Joe Dolan, Dickie Rock and Brendan Bowyer.

Packie (PJ) Hayes, proprietor of the Oyster Ballroom, was renowned for his business acumen and saw a gap in the market for a dance hall in the region. John Barrett, organiser of the concert in Cappamore, said buses from all over would descend on Dromkeen on dance nights.

“Many stories about the famous ballroom involved a missed bus and a long walk home!” said John.

A very clever innovation in Dromkeen was the stage as it could be wheeled forwards and backwards depending on the size of the crowd. It could hold upto 3,000.

“We wanted to relive the halcyon days. There was no television, internet, Twitter, Facebook. There was dancing seven nights a week all over the country. There were upto 800 bands making a living,

“Now those glory days are to be celebrated with this special Brendan Bowyer concert in Cappamore. He was undoubtedly the biggest star of that era and recorded the iconic Hucklebuck which became an anthem for the showband days.

Bowyer, a native of Waterford with strong Limerick connections, went on to have many other major hit songs and also carved out a name for himself in Las Vegas.

“He is still singing as well as ever and is now joined on stage by his daughter Aisling and a superb band which, incidentally, is led by Jim Hanley, a native of Cappamore,” said John.

“Brendan Bowyer was huge all around here and local people are looking forward to a great show. Cappamore Community Centre is an ideal venue for such a concert. There will even be a mineral bar so you’ll be able to treat her to a bottle of orange and maybe a Club Milk!” said Tommy. One of the most famous nights in Dromkeen was when Jim Reeves performed in 1963. Oliver Dillon, Cappamore Historical Society, was a scamp of 16 when he called down. “I wouldn’t have been allowed in anyway but there was more people outside than inside. It was 10 shillings which was a lot of money at the time. The windows were open so you could hear it outside. Afterwards he came out to shake hands with the fans,” said Oliver, who is looking forward to the Brendan Bowyer concert.

“It will be like Reeling in the Years as we relive our youth!” said Oliver.