Limerick is festival hub for the Bank Holiday weekend 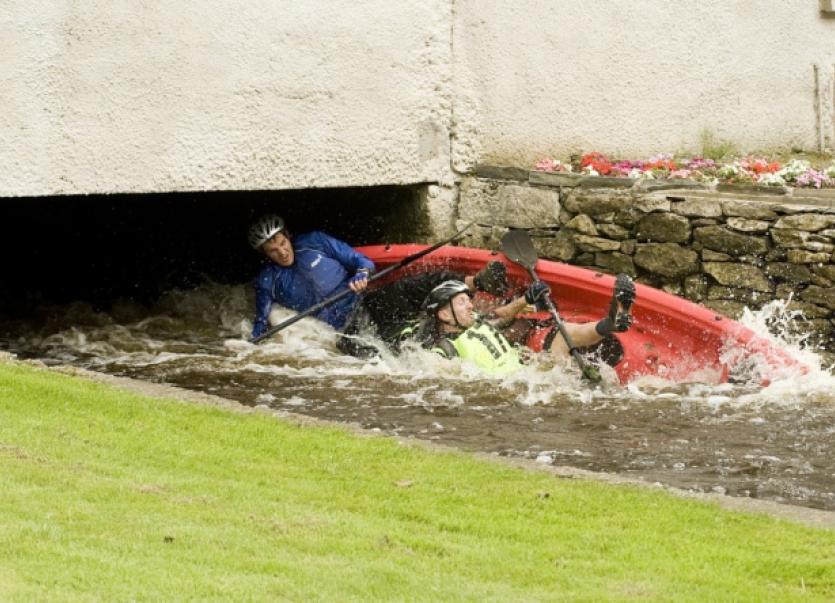 OVER the August Bank Holiday weekend, Limerick will be the country’s busiest festival hotspot and it will prove to be an exciting few days for anyone interested in adventure, culture and motors.

OVER the August Bank Holiday weekend, Limerick will be the country’s busiest festival hotspot and it will prove to be an exciting few days for anyone interested in adventure, culture and motors.

Between Friday, August 2 to Monday, August 5, University of Limerick will host one of the largest Gathering festivals this year, where the Irish diaspora is welcome to experience Ireland’s heritage in dance, music, literature, sport and art.

The Irish heritage festival will be launched outside the Pavilion Club on Friday, at 4.30pm, by UL’s vice-president academic, Paul McCutcheon. Guest speaker Mary Kennedy, who presents RTÉ’s Nationwide, will accompany the launch, alongside the Blue Monk Quartet.

The four day festival - the first of its kind in UL - has been supported by Fáilte Ireland and will feature more than 70 Irish dancers from all over the world, including Canada, France, UK and Spain.

Acclaimed dancers Pat O’Dea and Mairead Casey will be tutoring set dancing and sean nos workshops at the university. Beginners, advanced dancers and families are welcome to attend the workshops and the nightly ceilis at the Tailteann Nua Festival Courtyard throughout the weekend.

Director Linda Stevens said the Tailteann Nua Festival is best suited to University of Limerick because of its reputation for Irish music and dance.

“Limerick is a fantastic place for Irish music, dance and sport. Given this year of the Gathering, we decided to create a brand new festival. The festival will be a real celebration of Irish culture for locals, visitors from across Ireland as well as for our guests from overseas. We are looking forward to a fantastic weekend, with lots to see and do for all ages,” she said.

During the Bank Holiday weekend, Ballyhoura will host one of Europe’s most intense sporting competitions, the Beast of Ballyhoura, where contenders will participate in a 36-hour race in a number of events.

In its seventh year, Ireland’s premier adventure race will consist of non-stop trekking for 300km in mountain biking, navigation, kayaking, rope climbing and a series of surprise tasks. A total of 25 teams will participate.

The second bi-annual Irish Festival of Speed is also set to take place at the Limerick Racecourse, Patrickswell, where an assortment of motor shows, air displays and family entertainment is on the cards.

According to co-founder Richard O’Donnell, this year’s festival will double in economic benefit in comparison to the show in Adare 2011, generating up to €6m.

He said this year’s focus is on Limerick’s strong motor history, reliving Round of Houses Grand Prix that took place in the 1930s.

“Limerick has a rich history of racing, which goes all the way back to the 1930s. We had around five grounds for racing back then. 50,000 people, each year, would line the streets just to see these races. So, in 2011, we decided to run the tradition in Adare Manor,” he said.

The festival takes places on August 3 and August 4.