Marble and Bread hints at faded grandeur of St Joseph’s 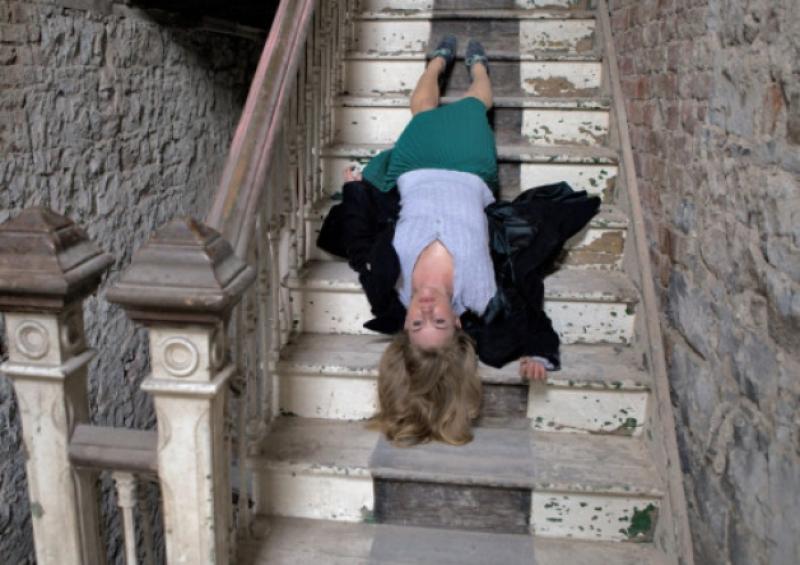 LIMERICK’S first dance-artist-in-residence is preparing to present new promenade piece Marble and Bread in the Sailors’ Home, using stories gleaned from the archives of St Joseph’s Mental Health Hospital as a jumping off point.

LIMERICK’S first dance-artist-in-residence is preparing to present new promenade piece Marble and Bread in the Sailors’ Home, using stories gleaned from the archives of St Joseph’s Mental Health Hospital as a jumping off point.

Choreographer Megan Kennedy, who trained at the renowned Alvin Ailey Dance Center in New York and is currently working with Dance Limerick on a year long residency, was inspired by her research to create the work.

The nature of the residency is such that it is production based and requires an interaction with the city. This, combined with Megan’s interest in the mental health sector, pointed in the direction of St Joseph’s. Marble and Bread is inspired by the hospital and its archives and, while she did not interview any patients, present or past, Megan did speak with former staff and with other mental health patients in Limerick.

She explains that she was interested in “that fine line, how closely the fragility of mind can occur - normal as opposed to abnormal, insane as opposed to sane”.

“And also the idea of once you are abandoned you can find some sort of sense of liberation,” she says.

The choreographer found both the building and the stories it contained “really impressive, overwhelming at times and really interesting”.

“The building really appealed to me from the minute I went in - I wasn’t scared or affected and didn’t see the doom and gloom there, I just thought it had such a wonderful history and was such a beautiful building.

Once she had completed the research, she brought certain tasks to the rehearsal room and the performers.

“They would be physical tasks, for instance the idea of restraint is a very early starting point, and will open up into a duet where one person is restraining another to a certain extent and then releasing and letting go,” Megan explains.

“So we are setting all the material, but the starting points for them come from the interviews and research that I have done in the archives.”

The style of the piece changes from room to room in the Sailors’ Home, each boasting sound designs by four different artists.

“We are creating a world, a different world, we are really trying to take the audience into a place they haven’t been before,” says Megan.

“So it is not the Sailors’ Home, it is not St Joseph’s, it is somewhere indescribable that has bits and pieces from both of those places, but definitely trying to take them somewhere else, so that they leave with a new experience, with a new feeling that I can’t describe. I hope they feel different things when they leave and I would hope that they could at least be moved.”

Marble and Bread takes place at the Sailor’s Home, O’Curry Street, from March 26-28 at 6pm and 8pm daily. Bookings at www.dancelimerick.ie.