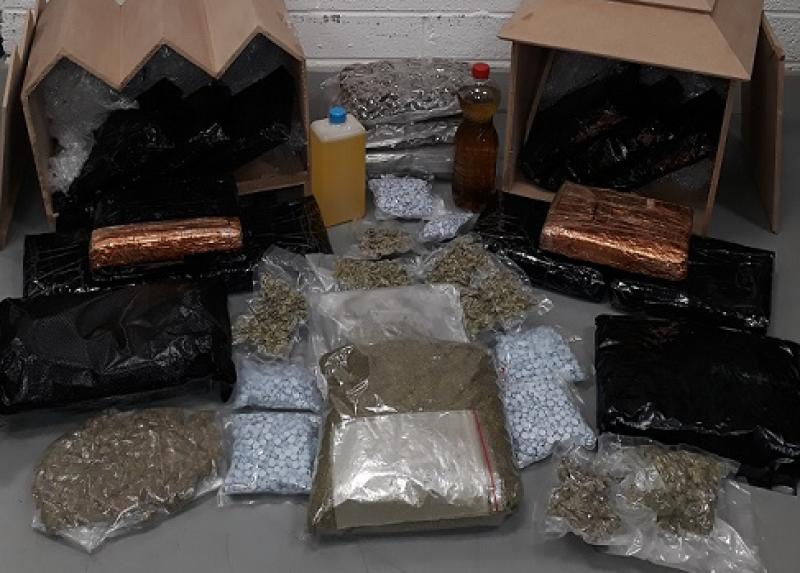 REVENUE officers have seized parcels containing drugs worth more than €300,000 - some of which were destined for addresses in Limerick.

As a result of routine profiling, Revenue officers examined a number of parcels at two premises in Dublin and seized just over 17.8kgs of herbal cannabis, 2 litres of synthetic cannabinoids, 5,130 Diazepam tablets and 40 Benzodiazepine tablets.

The total estimated value of the drugs seized is approximately €366,000.

A spokesperson confirmed the illegal drugs were discovered with the assistance of detector dogs Sam and Bailey. They were concealed in a number of parcels which were labelled as ‘ornaments’, ‘dolls’, ‘Christmas gifts’, ‘candles’, ‘lego’, ‘tea’ and ‘clothes’.

The drugs will now be technically examined and investigations are ongoing.