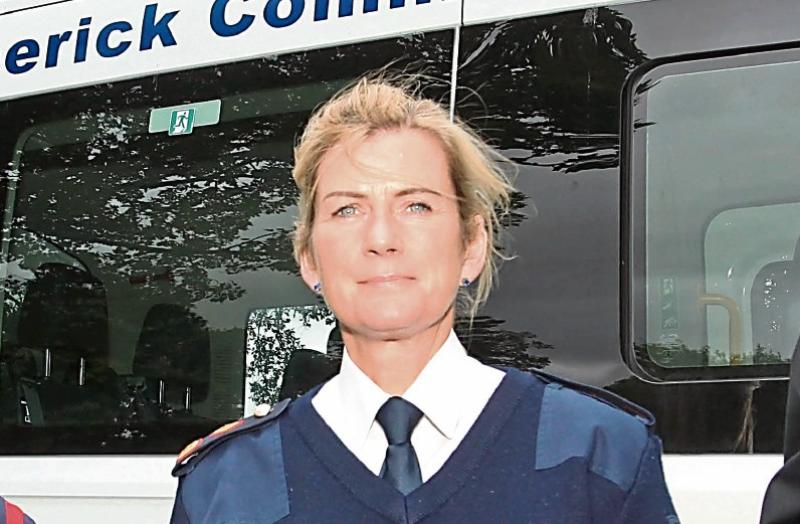 CRIME figures dropped significantly as a result of Covid-19 and overall, crime is “on the decrease”, Supt Aileen Magner told a meeting of Adare-Rathkeale councillors this month.

But she cautioned: “A certain type of crime is on the increase. We do see things are beginning to get busy again”.

Meanwhile, she informed the councillors, the gardai would be rolling out a new community-based scheme which would begin on a pilot basis in Askeaton next month. This would involve a garda clinic being held in the local community centre for a number of hours every week. Their hope was that people who might feel uncomfortable going into a garda station would more easily come to a community clinic.

“It is something I would love to roll out in the District as a whole,” she said.

But she reminded councillors, the Community Bus initiative was still operating in the District, visiting various villages and towns each week. And another initiative, involving the gardai helping to mark people’s valuable property, would soon be up and running.

On the crime statistics for 2021, the superintendent said, crimes against property had gone down by 51% in Croom, 24% in Rathkeale and 22% in Askeaton. Only in Adare had there been an increase, she said, and this involved just one incident.

Burglaries were also down, she said, except in Askeaton where the number of incidents had gone up by one. But, she said: “One burglary is one too many for the people who suffer it.” Burglaries were down by 58% in Croom, the superintendent told the councillors, and down by 33% in Rathkeale.

The Winter Burglary Strategy was up and running, she continued, and was focused predominantly on travelling crime gangs. And she urged people to be vigilant and to report any suspicious activity as soon as possible. “We need to know immediately so we can act,” she said. She also recommended that people keep an eye on their property and, where possible, to keep it under lock.

Serious assaults were down, Superintendent Magner said adding that minor assaults remained very stable. There had been an increase in Croom, she said, some associated with domestic violence and some with public order incidents.

“There were a number of incidents beginning to raise their head, disputes among people in the town but the local gardai came down hard and identified them and they are making their way through the courts,” she said.

Only a certain percentage of people involved in assaults make statements, the superintendent explained, making it difficult for gardai.

“There is not much more we can do,” she said and she implored people to follow through. “We can’t go on hearsay evidence.”