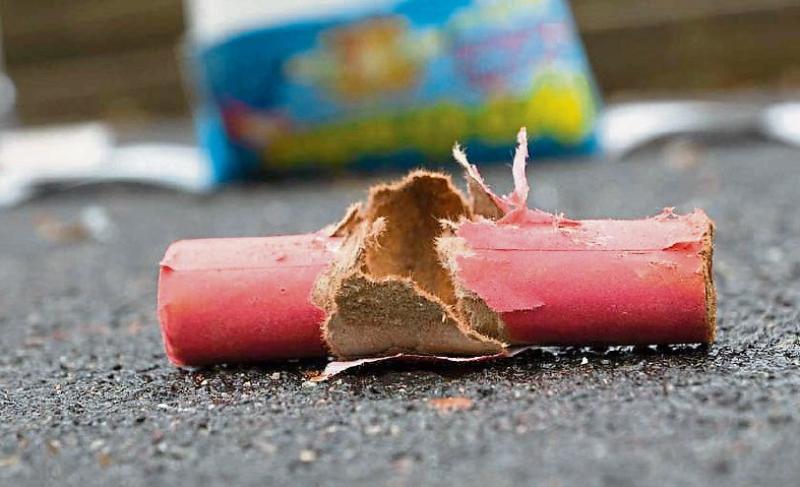 MANY elderly people across Limerick are sealing up their letterboxes amid fears thugs could throw fireworks into their homes.

With just a fortnight to go until Halloween, local TD Willie O’Dea is demanding urgent action from gardai, saying householders across the city are “living in fear” of being targetted.

Already, CCTV has captured a firework being hurled at a car in a community on the northside, with gardai on the scene a short time later.

But the Fianna Fail man has predicted things will get worse as the end of the month approaches – and says people don’t report incidents amid fear of a backlash.

“I know of several elderly people and they are actually blocking their letterboxes in case one of those things is put in at night. It needs to be treated by the gardai as a very serious type of crime,” he said. “You’d wonder what mentality  people would have – scaring the elderly, targetting their homes, endangering their lives.”

In a separate development, a Dooradoyle man has told of how he received burn marks and holes in his high-vis jacket after fireworks were launched at him as he was cycling late at night.

Electronic engineer Ruairí Nealon was hit by a rocket at around 11pm on October 10, and was fortunate not to be seriously injured, as he was wearing a hood and a high visibility jacket on his commute.

“There was nothing I could do to get away as they were so close. If I kicked my leg out, I would have hit their car. I couldn’t speed up either, as they were in a car,” he said.​

Ahead of Halloween, the gardai have put in place a nationwide policing plan focused on the prevention and detection of firework sales.

Sgt Ber Leetch of Henry Street garda station has asked parents who send their children out trick-or-treating to ensure they are safe.

“Parents need to have a conversation with their children about keeping a safe distance from bonfires and not to go near, or certainly don’t buy, handle or ignite fireworks,” she said, adding dark Halloween costumes need to be well lit-up with reflective gear.