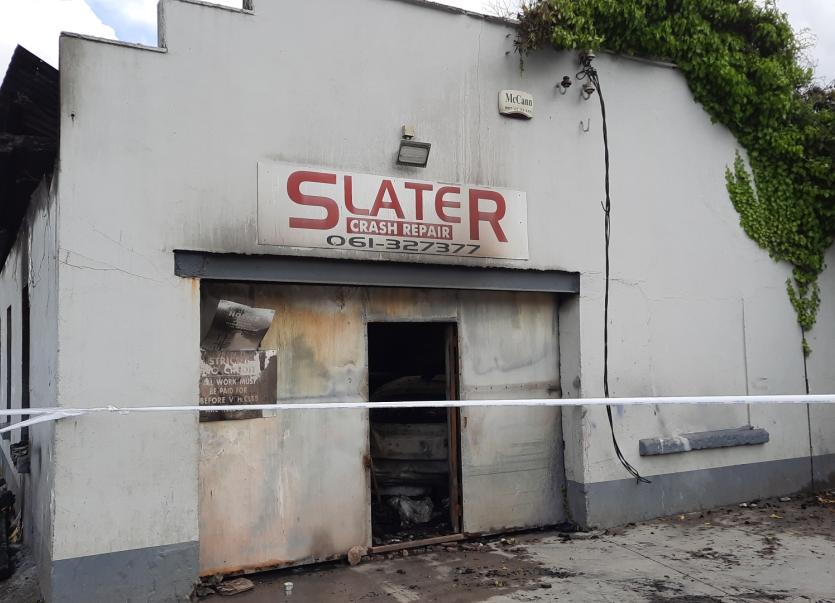 A MAN has been remanded in custody after he appeared in court charged in connection with two arson incidents in Limerick city in the early hours of Friday morning.

Martin Power, aged 45, who has an address at Hassetts Villas, Thomondgate was brought before a special court sitting in Ennis this Saturday night.

Giving evidence, Garda Michael Grealy of Mayorstone Park garda station told Judge Mary Larkin the defendant had nothing to say when he was charged with three counts of arson.

The charges relate to two fires which occurred at Browne's Quay, Thomondgate on Friday.

A parked car was set alight at around 1.30am while a local family-run business - James Slater Crash Repairs - was completely destroyed by the second fire which started at around 5.30am.

One of the charges relates to a car which was inside the garage when the fire broke out.

Barrister Liam Carroll told the brief court hearing his client was not making a bail application but he indicated he intends seeking bail on the next court date.

Inspector Sandra Heelan noted there are quarantine procedures in place at Limerick Prison and that it's unclear if Mr Power will be produced in person next Wednesday.

Judge Larkin noted this and she suggested that any bail application may have to be made with the defendant appearing via video link.

Mr Carroll said his client is suffering from a serious illness and he asked that he be medically assessed by the prison authorities.

Investigations into both fires are ongoing and a file is to be prepared for the Director of Public Prosecutions.