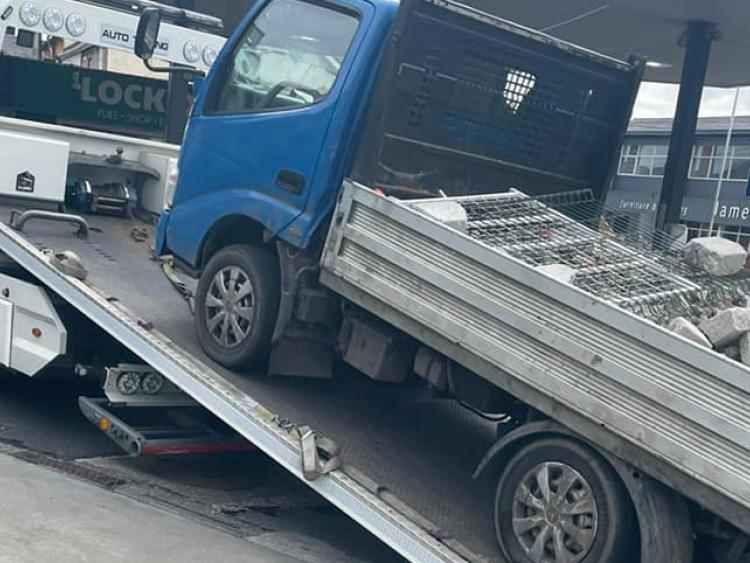 A disqualified driver is facing prosecution before the courts after they were allegedly caught driving a pick-up truck in Limerick city centre.

The vehicle, which was transporting building rubble and associated materials, was seized after it was observed by gardai at a service station in the Clare Street area.

In a post on social media highlighting the detection, gardai stated the blue truck did not have tax, insurance or a DOE cert.

Using the Mobility App, they quickly established that the driver had been disqualified following a previous court prosecution.

"Another vehicle seized by Unit D in Henry Street, Limerick this week for having no insurance, tax, or DOE. Driver was also disqualified from driving. Fixed charge notice (FCN) issued to owner using #MobilityApp and court date to follow also," read a post on social media.

Another vehicle seized by Unit D in Henry St, Limerick this week for having no insurance, tax, or DOE. Driver was also...