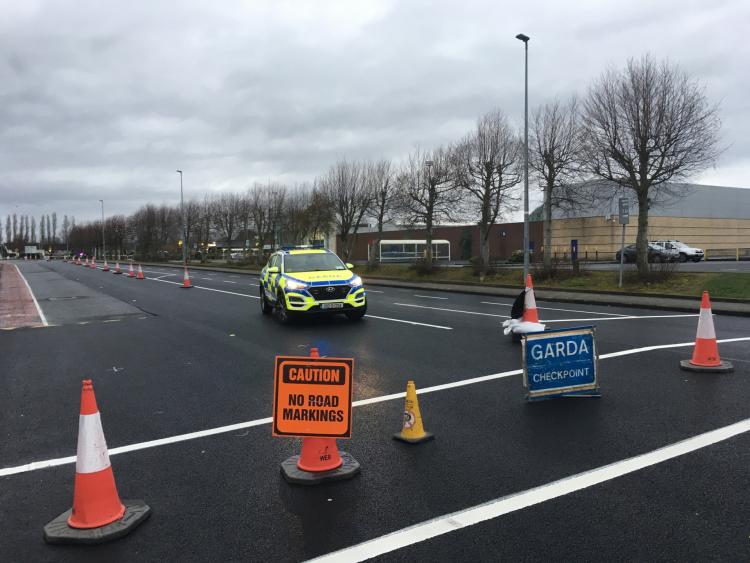 Gardai at the scene of Monday's collision

A MAN who was being questioned by gardai investigating a serious road collision in Limerick city earlier this week has been charged.

The suspect, who was arrested on Wednesday morning, is due to appear before Limerick District Court on Thursday morning.

The collision occurred at around 11.20pm on Monday at Ballinacurra Road, Dooradoyle near the Crescent Shopping Centre.

A pedestrian, a man aged in his 20s, who was struck by a silver BMW at a pedestrian crossing still remains in a critical condition at University Hospital Limerick.

Gardai say the driver of the BMW failed to remain at the scene which remained sealed off for most of Tuesday to facilitate forensic and technical examinations.

The man who is due in court tomorrow is aged in his early 20s.