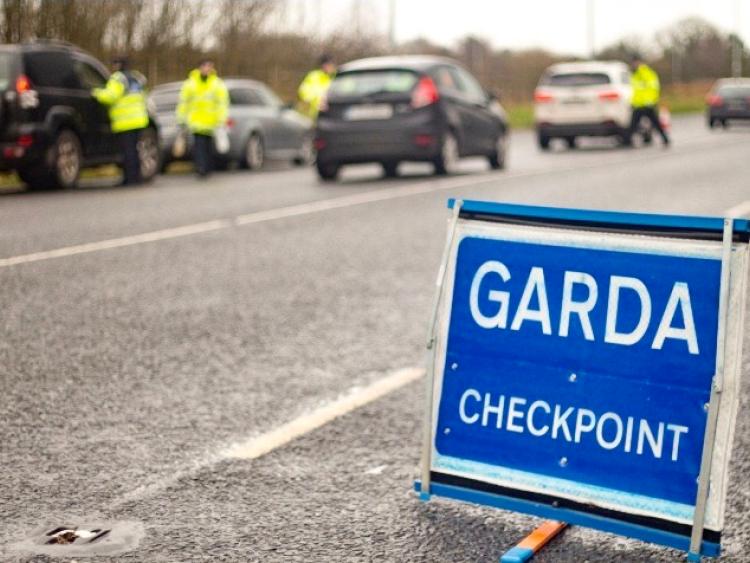 Gardai at at Operation Fanacht checkpoint

MORE than 700 fines for breaches of Covid-19 regulations have now been issued in Limerick, new figures have revealed.

According to data, published this Friday evening, members of An Garda Siochána in Limerick, have issued a total of 702 Fixed Charge Notices - the third highest for any division in the country.

The Fixed Charged Penalty regime was introduced late last year and as January 18, a total of 7,697 fines had been issued and processed nationwide.

According to An Garda Síochána almost half of all fines, issued to date, related to breaches which were detected at weekends (22% on Saturdays and 23% on Sundays) with 75% of all fines being issued to men. 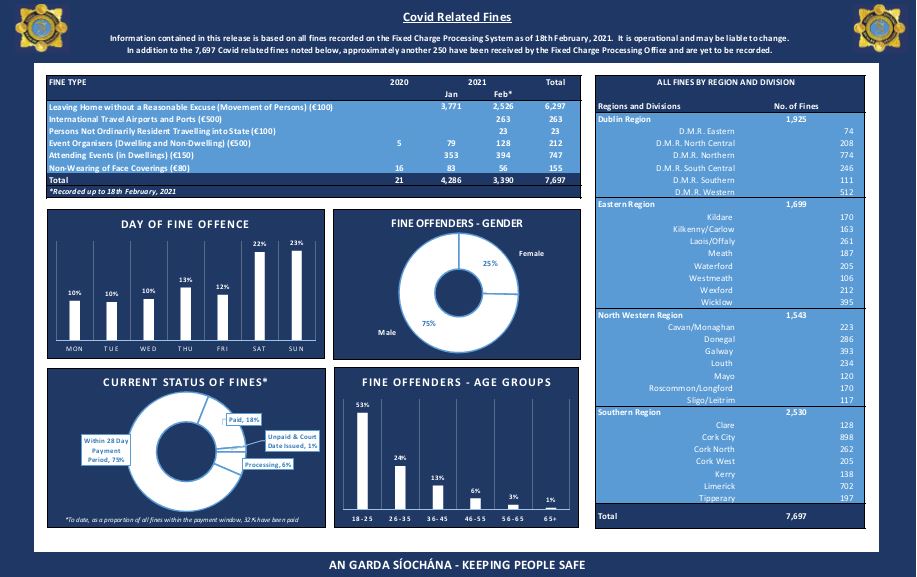 In a statement, issued this Friday evening, gardai say they are still encountering groups of people who are gathering socially and at house parties in breach of the regulations.

"These are not just breaches of regulations but are a risk to the individuals involved, their families and loved ones, and continue to put everybody’s health and the recovery from the Covid-19 pandemic at risk. Recent surveys have shown that the majority of people believe that they are doing the right thing, but the reality is that the level of casual contacts remains high," said a spokesperson.

Gardai have also confirmed that 620 court prosecutions have been initiated to date following consultation with the Office of the Director of Public Prosecution. A number of them related to alleged offences in Limerick.

Commenting on the latest figures, Deputy Commissioner John Twomey said: "This week the tragic milestone of 4,000 Covid-19 deaths was reached. That is 4,000 people that were loved. That is 4,000 people that had family, friends and neighbours. That is 4,000 of our fellow citizens. While the vast majority of people are heeding the advice, there are still some who are not complying with public health regulations. In doing so, they are putting themselves, those they love, and those they know at risk of catching of a virus that could, unfortunately, result in serious illness or death."

Deputy Commissioner Twomey says everyone has a responsibility to reduce the spread of Covid-19. "Please stay home, reduce your contacts, maintain social distancing, and wash your hands," he said.

Earlier this evening, 47 additional cases of Covid-19 were reported in Limerick.