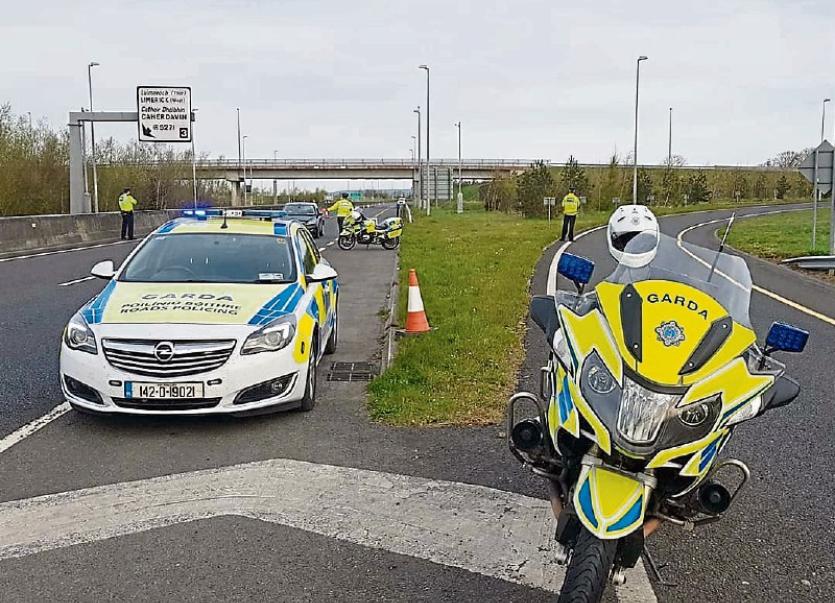 Gardai at a Covid-19 checkpoint on the N18

MORE than 10% of all fines issued for breaches of Covid-19 regulations have been issued in Limerick, new figures have revealed.

Since the Fixed Charged Penalty regime was introduced late last year a total 614 fines have been issued by gardai in the Limerick division - the highest number of fines for any division in the country.

As of January 11, a total of 5,784 fines had been issued and processed nationwide.

According to An Garda Síochána almost half of all fines, issued to date, related to breaches which were detected at weekends (23% on Saturdays and 23% on Sundays) with 75% of all fines being issued to men. 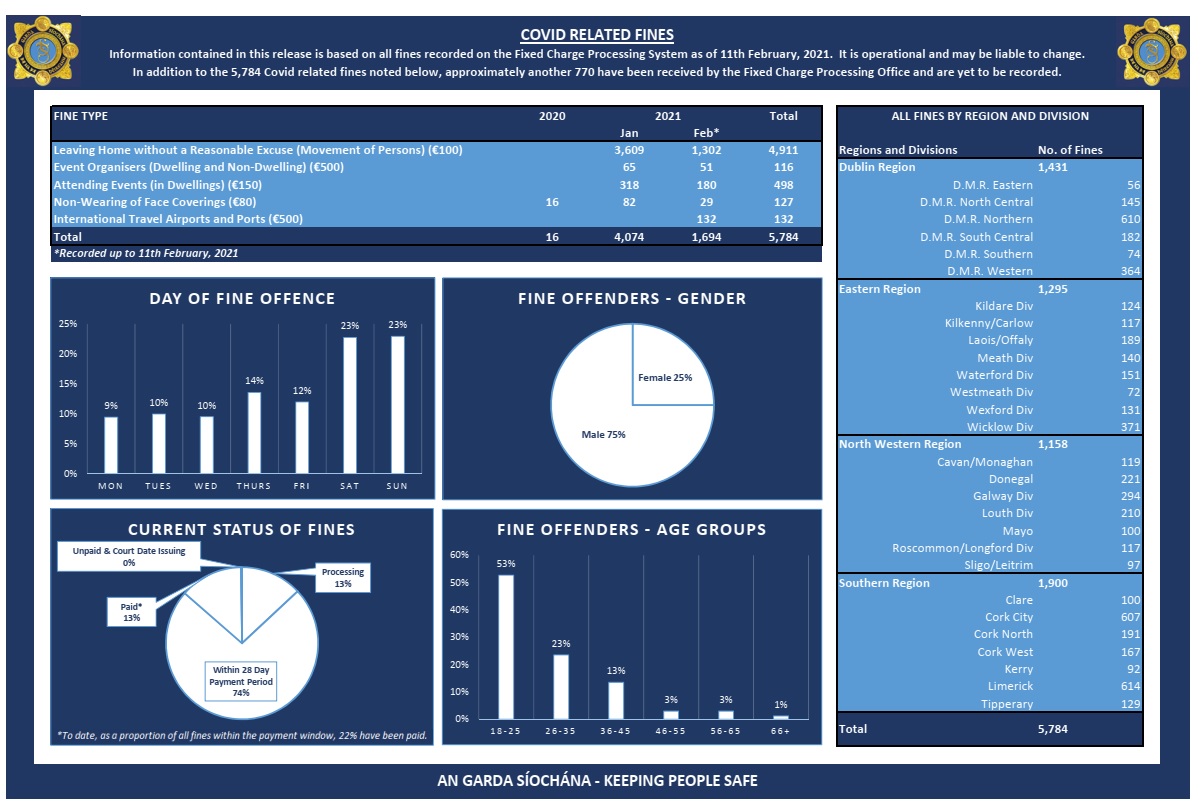 In a statement, issued this Friday evening, gardai say they have attended breaches of health regulations by licensed premises, restaurants, retail outlets, hair and beauty salons amongst other business premises in recent days.

In all instances, files will be forwarded to the Director of Public Prosecutions.

Following consultation with the DPP, three prosecutions are being taken against retail premises. A further 95 prosecutions of licensed premises have been directed with 44 of these having court dates. It has not been disclosed if any of the prosecutions relate to breaches in Limerick.

Speaking ahead of the weekend, Deputy Commissioner, Policing and Security, John Twomey said: "The vast majority of people are doing the right things. They are staying home. Making only essential journeys. Limiting their contacts. We know it is hard. We know it has meant huge sacrifices. We thank them for this and ask people to continue to do the right things," he said.

Gardai are warning that checkpoints and high visibility patrols at public amenities in Limerick and across the country will continue this weekend in support of public health regulations.

Earlier this evening, 48 additional cases of Covid-19 were reported in Limerick.