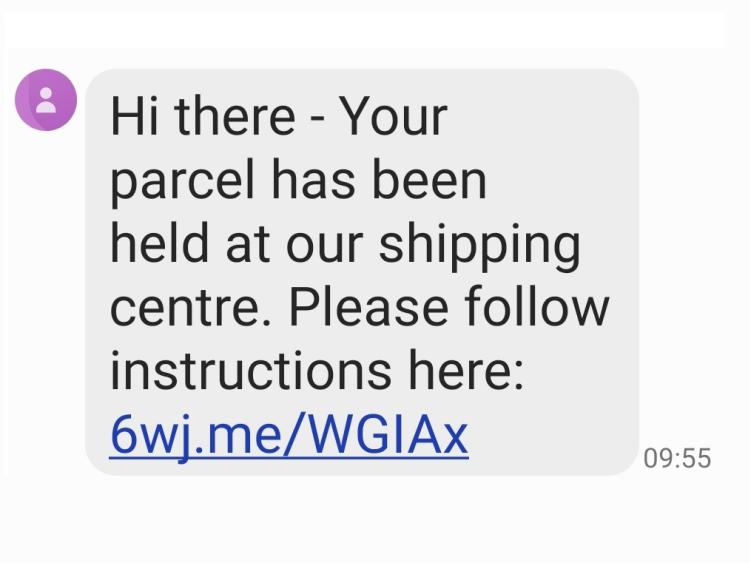 GARDAI are warning they have received reports of a new text-based scam occurring in Limerick.

Those targeted by the fraudsters have received multiple texts from what looks like a well known delivery company.

"The texts began by informing them that their parcel is being held at a depot until the customs duty of €1.99 is paid. Then
another text with a tracking code arrives, then another text informing them that delivery is pending but the customs duty of €1.99 must be paid," said divisional crime prevention officer Sergeant Ber Leetch.

Gardai are warning that a 'link' is also provided which purports to allow the 'customer' to submit their payment details.

"I saw these texts and they are very real looking, I can see why a person would believe them to be real," said Sgt Leetch who revealed that one Limerick-based garda who received texts knew it was a scam as they were not expecting a parcel.

Anyone who receives such texts is urged not submit any banks or credit card details and to report the matter to their local garda station.