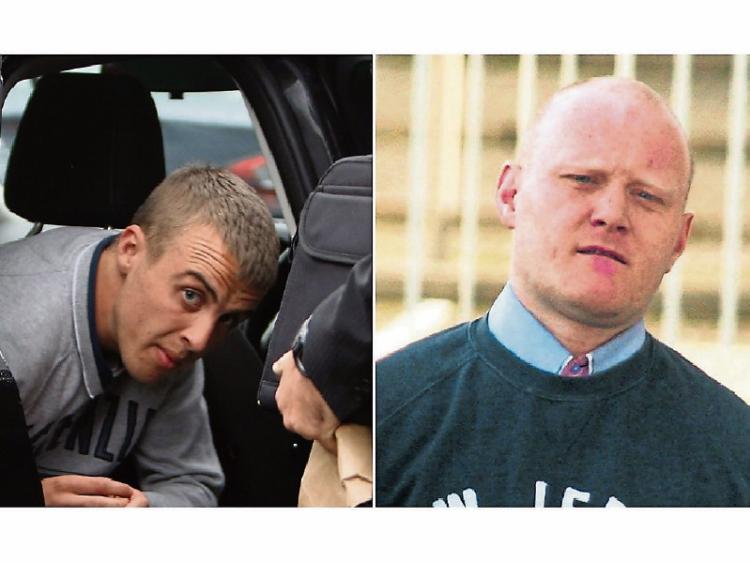 Two Limerick men who murdered a man at a house-party using a screwdriver and a knife have failed in their attempt to have their convictions overturned on appeal.

Mr Murphy died from a stab wound to the heart with multiple penetrating injuries to the trunk and upper arms also contributing to his death.

In May 2017, trial judge Mr Justice Patrick McCarthy imposed the mandatory life sentence on both men. Evidence was given during the trial that Hayes had confronted Mr Murphy at a house party in Pallasgreen, asking him: "Did you call me a junkie?". Hayes believed that the deceased had been talking about him, saying that he was doing heroin, or "goofing off" at the house in Pallasgreen earlier the same week.

Hayes told gardai that Mr Murphy responded: "Yeah, I did. What are you going to do about it?" It was at this point, according to Hayes's statements to gardai, that he went to the kitchen, grabbed a knife and came back to the sitting room where he began stabbing Mr Murphy repeatedly in the chest, stomach, arms and legs.

Deputy State Pathologist Dr Linda Mulligan said one of the stab wounds pierced Mr Murphy's heart while others had damaged both lungs and the liver. Defensive wounds to his hands suggested that he had tried to protect himself as Hayes wielded the knife.

The prosecution case in relation to Hogan was that he was involved in a joint enterprise with Hayes to murder Mr Murphy. One witness at the house said she saw Hogan attack and stab Mr Murphy with Hayes. She also said that Hogan and Hayes were saying "get him, get him" as they "egged" each other on.

Delivering his charge, Mr Justice McCarthy told the jury that they could find the accused men guilty of murder if the prosecution had proven beyond reasonable doubt that they had formed a joint intention to kill or cause serious injury to Mr Murphy.

Moving an appeal last May, Hayes' barrister Mark Nicholas SC argued that the judge's charge on provocation was deficient as the jury was not properly instructed.

Mr Nicholas said there was no explanation by the judge to the jurors of the requirement to assess the accused's actions subjectively as well as in a clear and usable form.

Hogan's lawyer, Michael Bowman SC appealed his client's conviction on a number of grounds. Mr Bowman said the prosecution had relied upon both words spoken and acts carried out by Hogan including attacking the deceased with a screwdriver.

It was open to the jury, he submitted, to conclude that Hogan did not stab the deceased as the pathologist testified that the injuries to Mr Murphy were caused by a knife and not a screwdriver.

Furthermore, Mr Bowman submitted that the trial judge had also refused a defence requisition to charge the jury in relation to the ability of a party to withdraw from a common design or joint enterprise.

In a judgement returned electronically this Monday, the President of the Court of Appeal, Mr Justice George Birmingham, who sat with Ms Justice Isobel Kennedy and Ms Justice Una Ni Raifeartaigh, said nothing that the trial judge said in relation to the issue of provocation could be seen as putting the jury wrong and his treatment of the issue was, in the circumstances of the case, adequate.

Mr Justice Birmingham said when the trial judge's charge was viewed as a whole, it did not appear objectionable.

"It repeatedly emphasised that all matters required to be proved had to be proved beyond a reasonable doubt, obviously this included that the words were spoken by Gerard Hogan with the intention of “egging on” the co-accused and so this ground of appeal fails," explained the judge.

The President said the three-judge Court of Appeal agreed with the trial judge that there was insufficient, if any, evidence in the case suggesting a withdrawal from a joint enterprise which would have required or justified a charge directed to this issue. The Court was satisfied that the ground of appeal must fail, he added.

In summary, Mr Justice Birmingham highlighted that the three-judge panel had not been persuaded to uphold any ground of appeal advanced by either appellant and would accordingly dismiss the appeal.

Last May, Counsel for the Director of Public Prosecutions (DPP), Orla Crowe SC, argued in her submissions that four persons present in the house had witnessed the murder and each of them had implicated both appellants in the attack on Mr Murphy.

One of these witnesses had given very clear evidence to the trial of a physical and verbal engagement by both defendants on the deceased, she said, and pointed out that this went to the common design element of the offence. She added that "science" had not removed Hogan from the physical attack on Mr Murphy.

Regarding the charge of provocation, the barrister said the trial judge had given a very clear outline to the jury of the defence of provocation and made it entirely clear that the test was subjective. The jurors could not have been under any misconception in relation to the law, she submitted.

Ms Crowe explained that Mr Bowman, for Hogan, had suggested that his client had either not fully participated in the attack or withdrawn from it but she said this had not been borne out by the witnesses who heard and saw what was happening in the room at the time.

She emphasised that this was a "classic case" of joint enterprise and common design and there was no evidence in the case that Hogan had withdrawn from the joint enterprise.