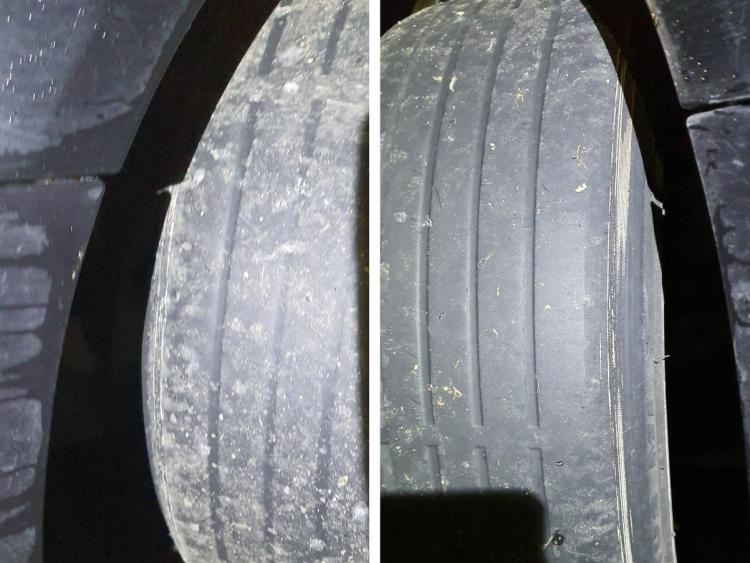 A SPEEDING motorist who was caught driving a car with two bald tyres is set to pay a heavy penalty.

The driver, who was stopped recently while driving on the N21 near Croagh, has been issued with several fines by members of the divisional Roads Policing Unit.

In addition to receiving points for each of the bald tyres, the motorist will receive 2 penalty points for an offence under Section 51(a) of the Road Traffic Act - driving with reasonable consideration for other road users.

In a post on social media highlighting the detection, gardai stated: "This driver had no grip on reality - or the road. Gardaí observed a car driving well in excess of the speed limit approaching Croagh, Co. Limerick. Fixed Charge Notices issued for the offences at the roadside on our #MobilityApp totalling €240 & 2 penalty points.