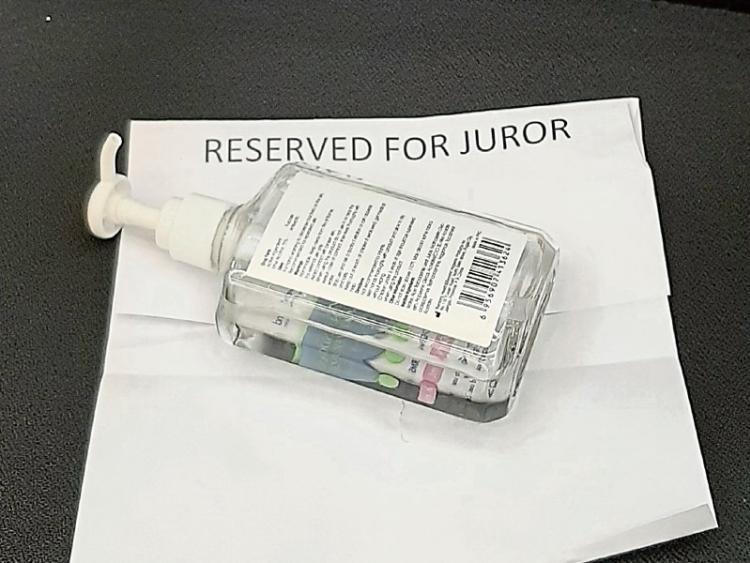 PROSPECTIVE members of the jury are often excused from duty if they know parties involved in a court case or have some personal knowledge or involvement.

But one woman had a unique request to not carry out jury duty at a recent sitting of Limerick Circuit Court, saying that she worked “for a small County Limerick company that is producing a Covid-19 vaccine”.

However, Judge Sean O’Donnabhain said the case would “only take a day”, and she was then asked to take a seat in a socially-distanced jury box alongside four other women.

Social distancing means that the 12 jurors cannot sit close together, and are spread out in the jury box and across the courtroom in chairs, two metres from each other.

The trial subsequently proceeded before the jury and concluded later that evening.

A not guilty verdict was returned.