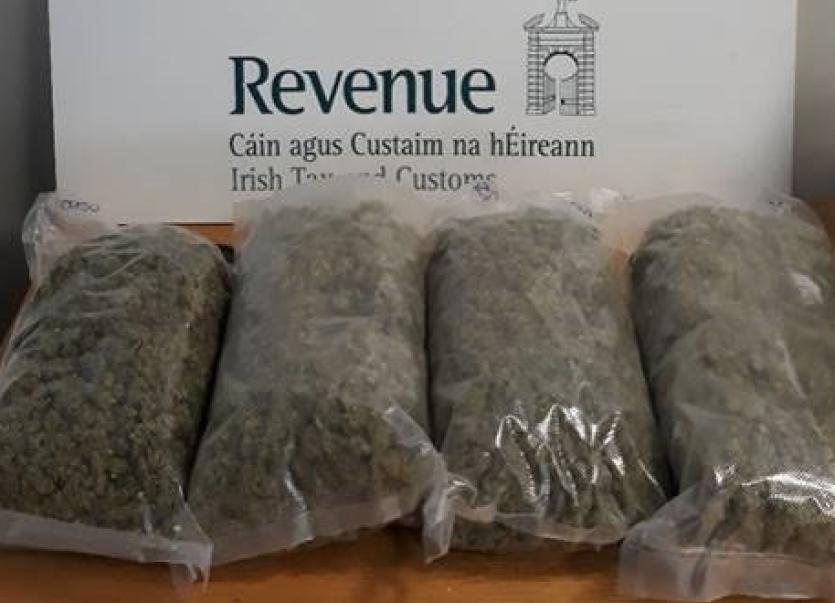 Parcels containing a significant quantity of cannabis which were seized at Shannon Airport this Friday was destined for Limerick, it has been revealed.

As a result of routine operations, Revenue officers seized over 4kgs of cannabis from three different parcels.

The illegal drugs have an estimated value of over €80,000 and all three parcels were destined for addresses in Limerick city and county.