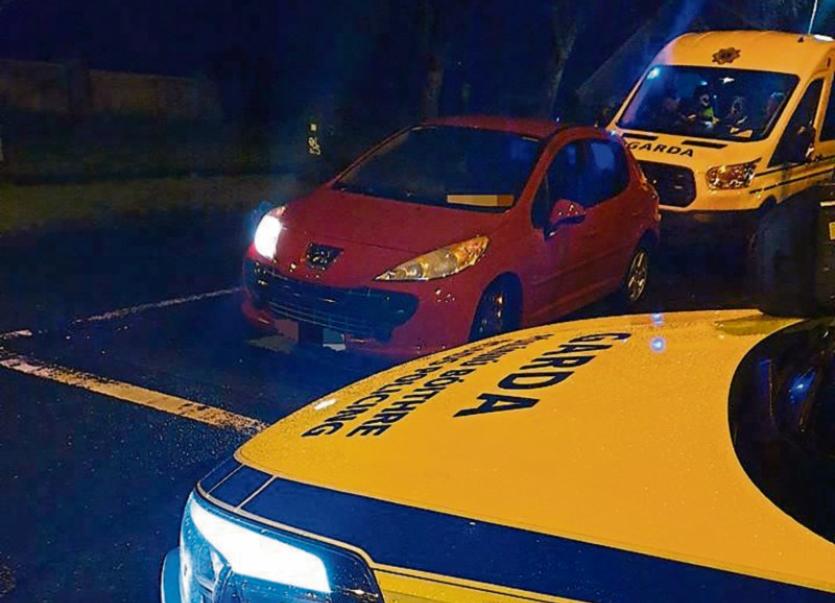 Gardai posted details of the detection on social media

A SUSPECTED drug-driver is facing a possible disqualification after he was caught driving late at night with only one working headlight.

According to gardai, a red Peugeot car was initially stopped in the Castletroy area by the members of the divisional Roads Poling Unit who observed that one of the headlights on the vehicle was not working.

After he was stopped, the driver was tested for both alcohol and drugs.

“He tested positive for cannabis, was arrested and brought to Henry Street garda station where he provided a specimen of blood,” states a post on social media.

The driver’s specimen has been sent for analysis and, if confirmed to be over the legal limit, he faces a court appearance with a mandatory one year disqualification from driving.