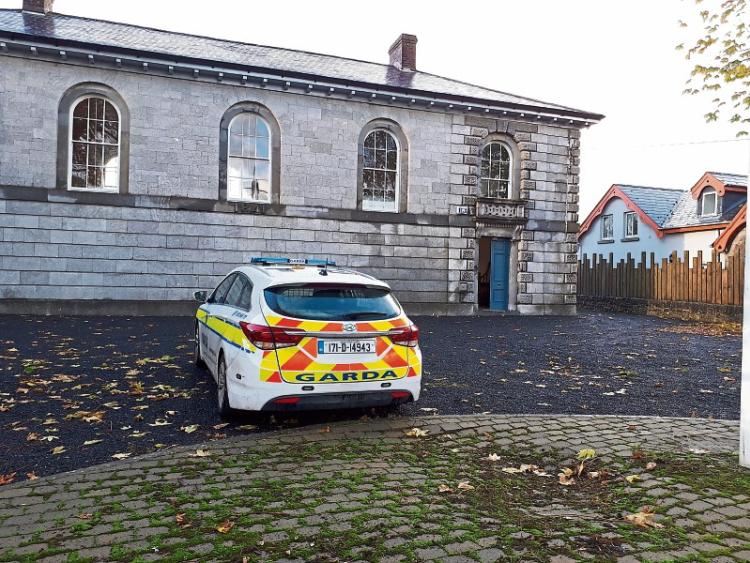 A WOMAN whose car struck the front wall of a garda station after she lost her concentration while driving was fined €150.

Christina McCarthy, 44, of Clash Road, Abbeyfeale was prosecuted under the Road Traffic Act in relation to an incident in Abbeyfeale on March 3, last.

While Ms McCarthy was before Newcastle West Court accused of careless driving, Judge Mary Larkin agreed to accept a guilty plea to the lesser charge of driving without reasonable consideration for under road users.

Inspector Andrew Lacey said it was the State case that Ms McCarthy drove into the wall of the garda station and later admitted to gardai that she had lost her concentration.

While accepting his client had become “momentarily distracted” while navigating a bend, solicitor Maurice O’Sullivan disputed that the wall had been damaged.

He told the court no that damage was caused to Ms McCarthy's car and that there was no evidence that the wall had been impacted by her car.

He said the area was examined independently and that no evidence was found to confirm that damage had been caused to the wall or the car. “There were no paint scratches,” he said adding: ”I don’t believe she actually struck the wall.”

Addressing the court on behalf of his client, Mr O’Sullivan told Judge Larkin Ms McCarthy had collected two of her adult children and one of their wives from a pub in the town a short time before the incident and was bringing them home.

By way of explanation, he said she was distracted and had lost her concentration when a “heated discussion” broke out between the passengers who were in the car.

No other vehicle was involved and nobody was injured.

Having agreed to accept the guilty plea to the lesser charge, Judge Larkin imposed a €150 fine.

Although not a matter for the court, the offence of driving without reasonable consideration attracts four penalty points following a conviction.