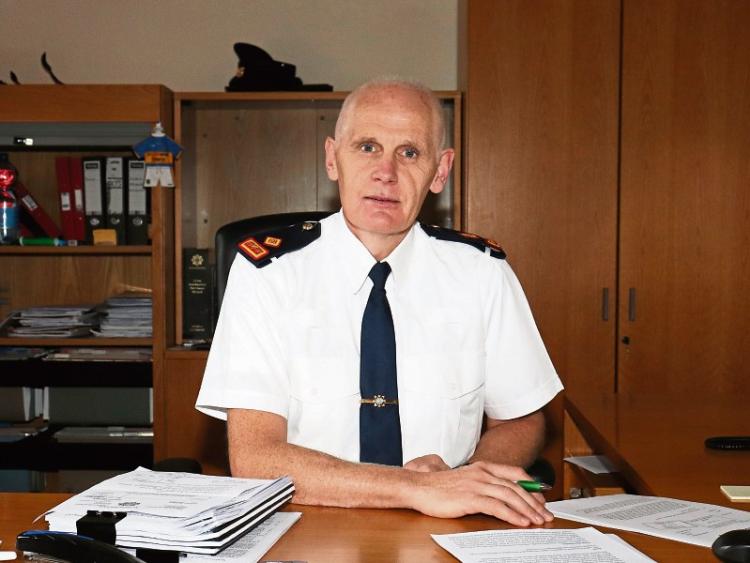 BRUFF gardai have hit drug dealers in their pockets this Christmas and taken cocaine and cannabis off the streets.

A major operation was conducted by the local detective unit headed up by Det Sergeant Ted Riordan, assisted by the divisional drugs unit, uniformed personnel and the regional dog unit on Thursday morning. Up to 20 officers were involved.

Bruff Superintendent John Ryan said during the course of the operation, a number of houses were searched which resulted in the seizure of a quantity of cannabis herb and approximately €3,000 worth of suspected cocaine - both pending analysis.

A male in his 40s was arrested and detained at Bruff garda station. He has since been released without charge. A file will be prepared for the Director of Public Prosecutions.

It follows Bruff gardai's seizure of €195,000 worth of heroin in the Ardkilmartin area of Kilmallock last month.

Supt Ryan said they were targeting the sale and supply of drugs in the Kilmallock area.

“The whole aim is to upset their Christmas market and to take it off the streets. For a small area it was a major operation. It is important to send out a message.

“We are adamant that we are going to be very proactive in the fight against the sale or supply of drugs in the area. We will be active to protect the community,  reduce the chance of youngsters being exposed to drugs and being brought into the sphere of drug dealers,” said Supt Ryan.

The Tipperary man said they are taking a hard line approach to drugs in the district.

He said this wasn’t a one-off operation and said they will continue to work closely with divisional resources.

“The only way we are going to tackle the problem is to hit it face on and let people know we are out there. We are going to be very active in this area and continue it into 2020,” vowed Supt Ryan.

He is marrying the policing approach with a community based one. Last October, he gave a talk to students in Coláiste Iósaef in Kilmallock in relation to the dangers of drugs.

“We gave them real life experience of the consequences and results of drug use. We are all conscious and aware of the drugs issue in Ireland, not just in Kilmallock. It is addressing that to educate and advise young people,” said Supt Ryan, who advised teenagers to say no to drugs and to think about their effect before they ever try them.

The raids have been the talk of Kilmallock. One farmer who was driving through Lord Edward Street said it was “like something out of a TV show”.

“They were banging on doors and they had dogs with them. There was a rake of guards there. You don’t expect to see that on a Thursday morning” he said.