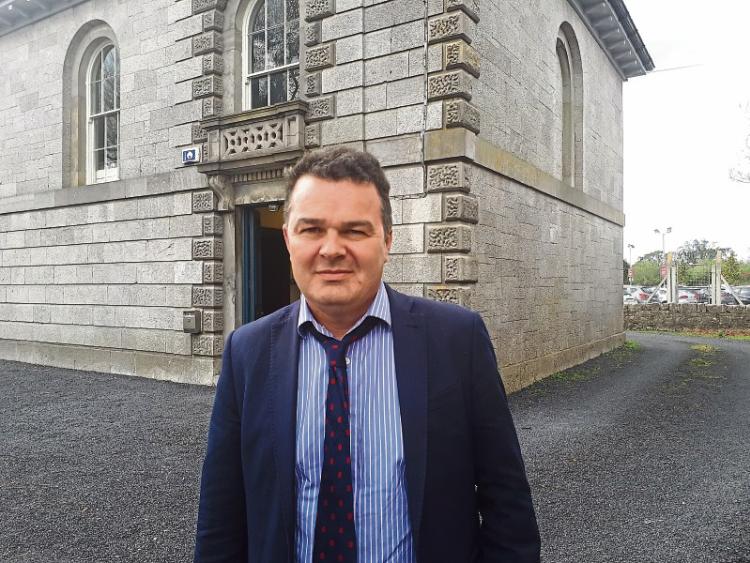 BAIL was granted at Newcastle West district court last week to Philip Sheerin, 5 Glenma, Croom on the basis of an independent surety of €1,000, half of which was to be lodged in court.

Other conditions were also set by Judge Mary Larkin following an objection to bail by gardai.

Mr Sheerin was charged with criminal damage of €300 to a vehicle at Cois Sruthán, Croom and to a van at Church Rd, Croom last September 23.

Inspector Liam Wallace said the glass on a boot door was smashed at Cois Srutháin and subsequent DNA analysis matched it to Mr Sheerin. He was arrested on October 22 and maintained the damage was not intentional.

“The offence was committed while he was on bail,” the inspector said.

Mr Sheerin was also charged with stealing €525 cash from Boylesports, Main St, Croom last July 26. The Book of Evidence was at an advanced stage, Inspector Wallace said, and they were just waiting for some forensic evidence. “We will be in a position then to obtain directions very quickly,” he said.

Pleading for his client and asking that bail be granted, solicitor Michael O’Donnell said he had medical and drug use problems but his brother had now “taken him on board and put him on the right track”.

“At the moment it has to be conceded, he is not in a good place,” Mr O’Donnell said but he did not think the theft case would go forward to the Circuit Court.

If bail is granted, he said, more conditions can be inserted. His client, he added, was on very heavy medication. Efforts had been made to get him help from various agencies, Mr O’Donnell argued. “If I go to jail, I will lose all that,” Mr Sheerin said in a sworn undertaking. “Jail is not for me. I want to go to secondary care. I want to find out what is wrong with me.” Mr Sheerin said the incident had arisen because of what happened in a pub that night when a particular person threatened his (Sheerin’s) sister.