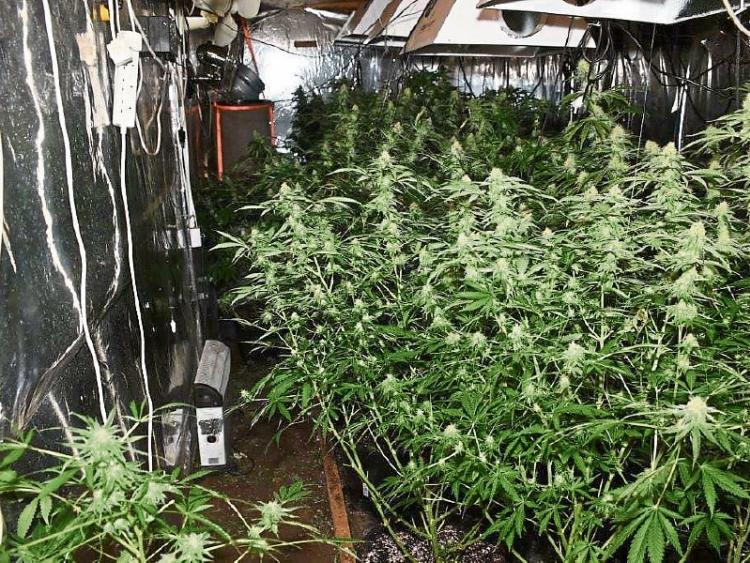 Gardai have released this photograph of the cannabis plants

GARDAI have arrested a man following the discovery of a grow house in Charleville, North Cork.

Cannabis plants worth an estimated €23,500, were located when a house in the town was searched under warrant this Wednesday afternoon.

The search was led by members of the Mallow-based drugs unit who were assisted by local detectives and uniformed gardai.

The man who is being questioned about the grow house and cannabis plants is aged in his 40s.

He's being detained, at Mallow garda station, under the provisions on the Criminal Justice Act.

The plants have been seized and will be sent for further analysis.