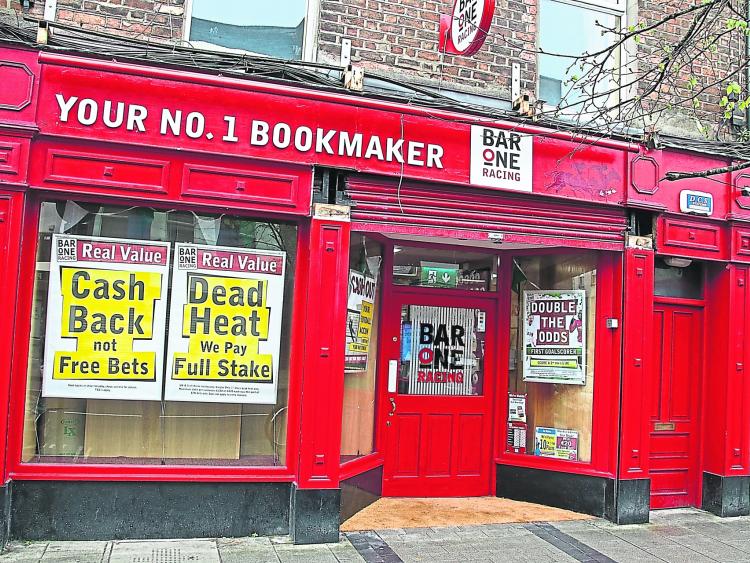 Bar One Racing on William Street

A MAN who has admitted robbing more than €400 in cash from a bookmakers’ premises in the city centre will be sentenced in December.

He has admitted a charge of robbery and producing a garden shears during the incident at Bar One Racing, William Street, at around 6.45pm on April 8, last.

After noting the defendant’s guilty plea, Judge Tom O’Donnell remanded him in continuing custody pending a sentencing hearing on December 19.

He confirmed Mr Braddish will get “full credit” for any time he has served in custody.