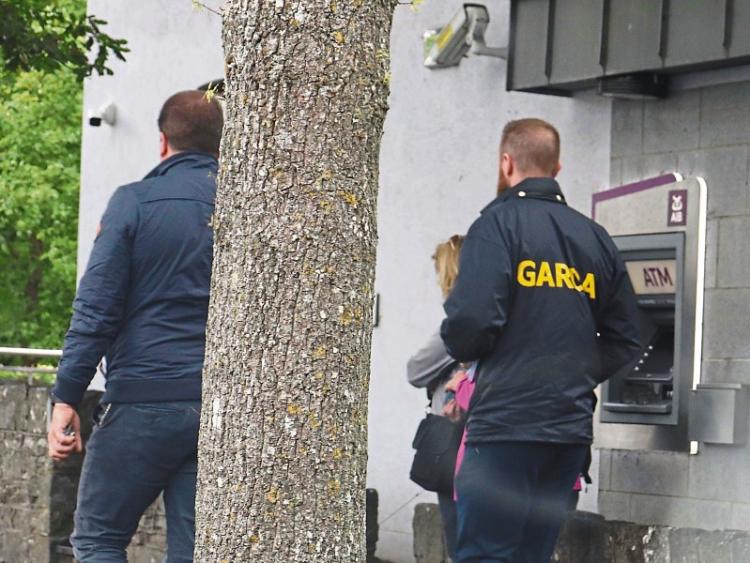 Gardai at the scene of the incident in Adare village | PICTURE: Michael Cowhey

A MAN is being questioned by gardai following an attempted robbery which sparked a major garda alert in a Limerick village.

The alarm was raised at around 9am this Friday after a man was seen acting suspiciously in the vicinity of the AIB branch near the centre of Adare.

A major garda operation, involving members of the armed Regional Support Unit, was immediately launched and a man was arrested a short time later on suspicion of a robbery offence.

Gardai are looking to establish the culprit’s intentions and one line of inquiry is that he was planning to target a cash-delivery truck.

The Limerick Leader understands the suspect, a non-Irish national aged in his 30s, was arrested a short distance from Adare during a follow-up operation around an hour after the alarm was raised.

He is being detained at Newcastle West garda station under the provisions of Section 4 of the Criminal Justice Act.