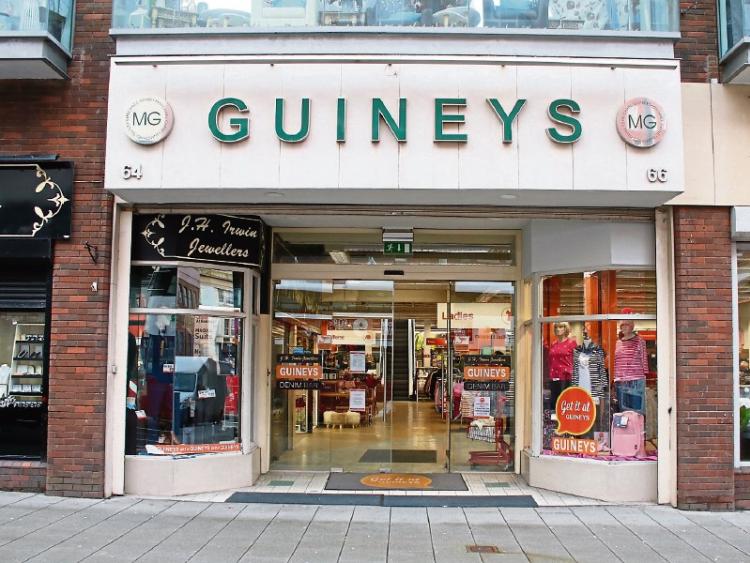 A 38-year old part-time sales assistant at retailer, Michael Guiney has been awarded €68,636 after she was assaulted by an irate customer with a bicycle locking chain.

In a High Court judgement, Mr Justice Bernard Barton has ruled that Limerick woman, Sabrina Douglas receive damages of €50,000 and an additional €18,636 in special damages arising from the customer assault at Michael Guiney’s store at William Street, Limerick on September 21st 2011.

Ms Douglas took the case against Michael Guiney Ltd and Mr Justice Barton found that the retailer is liable for negligence and for breach of statutory duty concerning Safety, Health and Welfare at Work legislation for what happened to Ms Douglas on the date.

Describing the assault, mother of two of children, aged 11 and 9, from Pike Avenue, Garryowen, Ms Douglas told the court that the customer took the chain off the counter and and used it to strike her on the right hand.

Ms Douglas said that she tried to defend herself and pushed him away but he then struck out again with the chain which hit her on the right-hand side of her head and face causing a cut to her scalp that started to bleed immediately.

The intoxicated man was arrested by Gardai who arrived at the scene and he subsequently pleaded guilty to assault causing harm of Ms Douglas.

Ms Douglas was taken to hospital by ambulance. Ms Douglas sustained a permanent scar to her scalp and Mr Justice Barton said that her main injuries were psychological where she was diagnosed with a post-traumatic stress disorder and a depressive disorder.

Ms Douglas stated that prior to the assault she described herself as a very outgoing, friendly kind of person who enjoyed social interaction but all this all changed.

She became socially withdrawn and unable to face going out.

About eight months after the assault she attempted to go back to work at Michael Guineys and this turned out to be a disaster.

According to Mr Justice Barton, Ms Douglas could not cope at all and within one day she knew she had to give up and she resigned her employment in 2012.

Mr Justice Barton also recorded that Ms Douglas developed a phobia about going to town or putting herself into any situation which involved mingling with crowds or socialising with strangers.

In finding in favour of Ms Douglas, Mr Justice Barton said that what is crucial in terms of causation is that Ms Douglas had not received any training or instruction on what to do if she found herself in a verbally heated or other confrontational situation.

Finding that Michael Guiney Ltd was negligent in its duty of care to Ms Douglas, Mr Justice Barton said that staff dealing with customers in circumstances with the potential to result in anti-social or aggressive behaviour ought to have received training and instruction on how to deal with same.

Mr Justice Barton rejected a defence from Michael Guiney Ltd which put the assault in issue and that Ms Douglas was the author of her own misfortune and was guilty of contributory negligence.

Mr Justice Barton said that he found Ms Douglas to be a credible witness and that her minimisation of her physical injuries “speaks to her good character”.

The judge stated that Ms Douglas was involved in a previous accident on 15th May, 2010 when she was knocked to the ground by a drunken patron while attending the Angel Lane Night Club at Robert's Street, Limerick.

She suffered a head injury and according to Mr Justice Barton circuit court proceedings arising from the incident “were compromised for a very modest sum”.

In addition, the judge awarded special damages of €18,636.