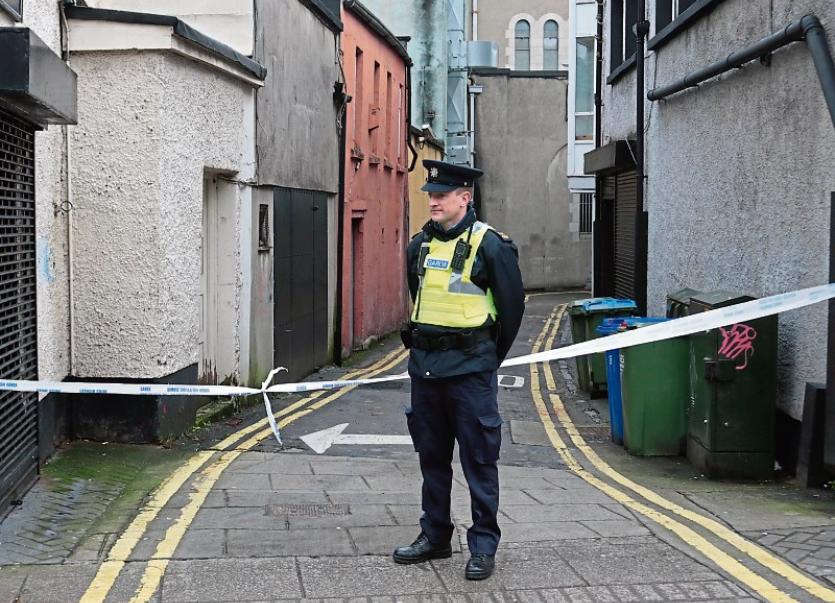 The scene of the Wednesday's incident at Augustinian Lane | PICTURE: Michael Cowhey

A TEENAGE boy has appeared in court charged with robbing an off-duty garda at a laneway in Limerick city centre earlier this week.

The 16-year-old, who was arrested on Thursday, appeared before a special sitting of the children’s court this Friday lunchtime after he was charged in relation to an incident at Augustinian Lane, off Roches Street  at around 2.30am on Wednesday.

He is accused of robbing an iPhone 6, cigarettes and some loose change from the victim who is aged in his 40s.

Opposing bail, Detective Garda Donnacha Coakley said it will alleged the defendant attacked the garda from behind and knocked him to the ground before repeatedly kicking him.

He said CCTV has been obtained as part of the investigation and that it will be alleged the youth dragged the victim further into the lane before going through his pockets.

Judge Marian O’Leary was told the off-duty garda sustained serious facial injuries,  including a broken nose, and was initially treated at University Hospital Limerick and subsequently attended the Blackrock Clinic in Dublin.

Detective Garda Coakley said it will be alleged that having initially left the area, the youth returned to Augustinian Lane and kicked the victim again with such force that he hurt his foot.

“The level of violence is at the higher end of the scale,” he said expressing fears the defendant would continue to target “vulnerable party-goers” over the festive season if released.

He said gardai believe the defendant went to his home following the attack and changed his clothes before returning to the city centre where he remained for a number of hours.

Solicitor Con Barry said his client had cooperated with gardai following his arrest and that he should be “given an opportunity” by the court and granted bail.

“He will turn up (in court), he will obey any conditions,” he said.

Refusing bail, Judge O’Leary said she was concerned at the undisputed evidence that the defendant was out and unsupervised in the city centre at 2.30am.

The 16-year-old was remanded in custody to Oberstown children’s detention centre in Dublin.