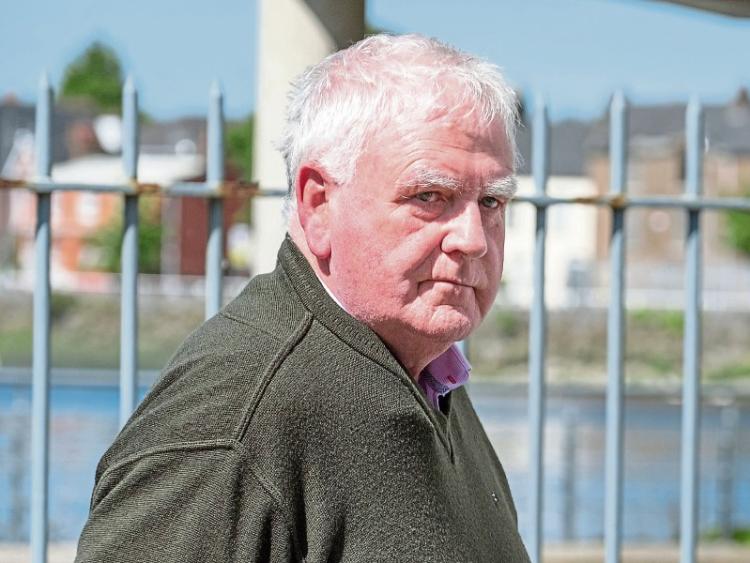 AN ELDERLY farmer who shot and injured another farmer in a long-running dispute over a right of way, previously threatened the son of a separate neighbour with a knife, a court has heard.

Ted O’Donoghue, aged 74, of Kilmoreen, Kildimo, has pleaded guilty to a number of charges, including recklessly discharging a firearm, at Ballycasey, Kildimo on June 16, 2017.

During a sentencing hearing, Detective Garda Jason Mitchell told Limerick Circuit Court the incident was connected with a long-running dispute.

He said a laneway which passes through Mr O’Donoghue’s lands is used by a number of other farmers to access their lands.

However, the defendant has taken issue with how the laneway is used and does not believe tractors and heavy vehicles should be driven on the laneway.

“They are tearing it asunder,” he told gardai following his arrest adding the right of way dates back to the era of horses and carts.

Det Garda Mitchell said a major investigation was launched after John Hayes (67) sustained wounds to his shoulder after Mr O’Donoghue discharged his legally-held shotgun at him at around 10.30am.

Mr Hayes’ sheepdog, Lassie, who was in the cab of his John Deere tractor died after being struck by multiple pellets.

The court heard Mr Hayes was confronted Mr O’Donoghue as he arrived to carry out work on his farm that morning.

He then retrieved his shotgun from his van and discharged a shot in the direction of Mr Hayes and his tractor.

Mr Hayes told gardai he heard his dog screaching and that he did not immediately realise he had been shot.

Following his arrest later in the day, Mr O’Donoghue told gardai he had “blazed” Mr Hayes but insisted he did not intend to hurt him and did not realise he had hit him.

He added he did not know his sheepdog was in the tractor which was struck by pellets.

Det Garda Mitchell said the defendant’s shotgun was seized when he was located in Patrickswell a number of hours later and that he has not sought to have it returned or to renew his firearms licence.

While Mr O’Donoghue has no previous convictions, Lily Buckley BL, prosecuting, said he came before Newcastle West Court last year after he was charged in relation to an incident on September 10, 2016.

On that date he produced a knife during an altercation with a son of another neighbour.

The Probation Act was applied after the defendant made a contribution to the court poor box.

Anthony Sammon SC said his client insisted at all times that he did not intend to hurt Mr Hayes and that there have been no difficulties since.

He said land disputes such as the one outlined in court “can become an obsession” and “do have a way of turning right-minded people into obsessive fools.”

He said his client had gotten “worked up in a way he should not have” and had become frustrated as efforts to resolve the dispute had failed.

Mr Sammon said his client is no longer farming the lands at Ballycasey and that he has had time to reflect on his actions which he deeply regrets.

A number of testimonials in support of the defendant were submitted to the court for its consideration.

A victim impact statement, prepared by Mr Hayes' wife, was also read into the record.

Judge Tom O’Donnell indicated he will impose sentence on December 19, next.