Thousands of euro worth of illegal fireworks seized by Limerick gardai 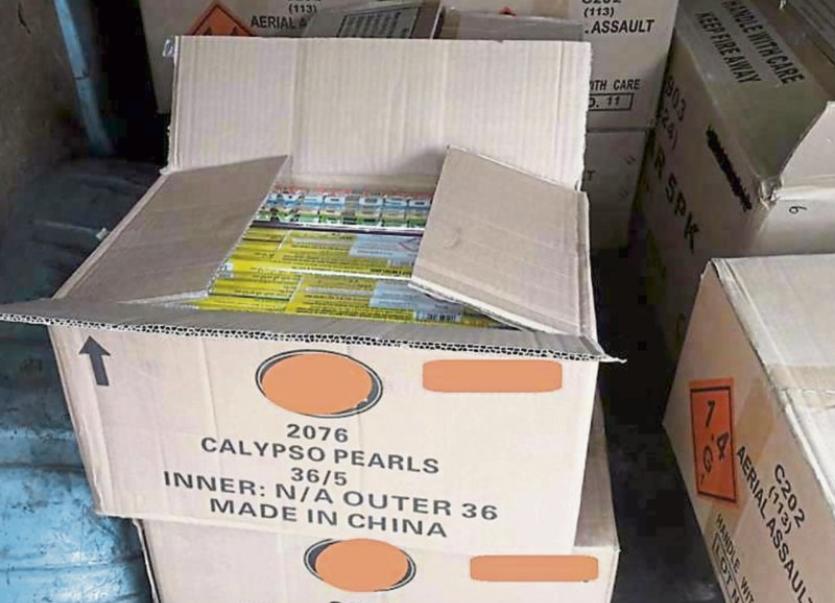 The fireworks were seized when a vehicle was stopped in Clarina

A FILE is being prepared for the Director of Public Prosecutions following a significant seizure of illegal fireworks in a Limerick village.

Gardaí from the divisional Roads Policing Unit arrested two men and seized 12 boxes of suspected fireworks when they stopped a vehicle in Clarina last week.

The fireworks have an estimated retail value of around €2,000.

The two men, who are aged in their 20s and 30s, were arrested and brought to Henry Street garda station where they were questioned.

They have since been released and a file will be prepared for the DPP.

“Fireworks are illegal and there are serious penalties for the possession of same including a €10,000 fine or five years in prison or both,” said a garda spokesman.