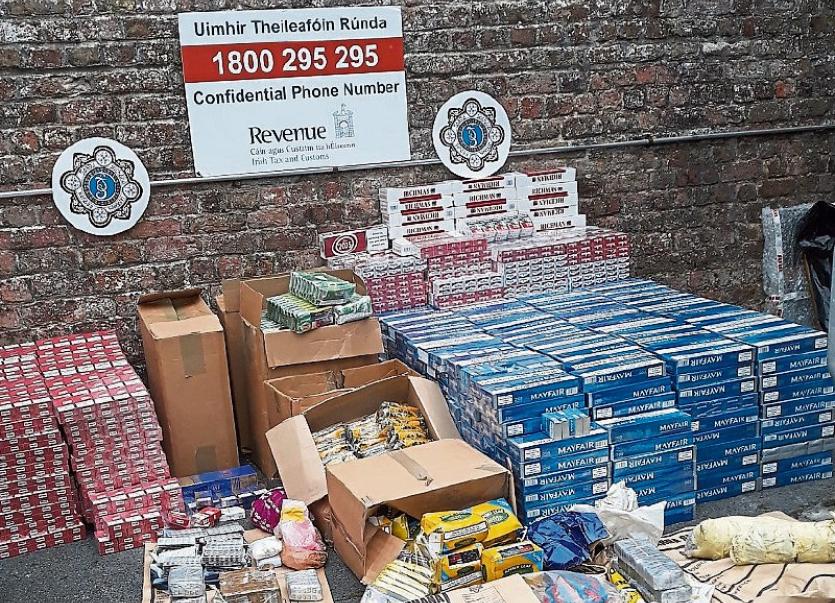 The seizure was made during searches on Tuesday morning | Picture: Revenue

A BUSINESSMAN is due in court later after he was charged in connection with the seizure of tobacco, drugs and cash worth more than €250,000

As part of an intelligence-led operation, a number of premises in the Davis Street area were searched at 10am Tuesday.

Gardai from the divisional drugs unit were involved in the search along with local gardai and officers from the Revenue service.

Revenue detector dogs Eva and Harley were also deployed during the operation.

A significant amount of cannabis worth around €100,000 was seized along with other controlled drugs which have been sent for analysis.

According to the Revenue service, the tobacco products of various brands have an estimated retail value of over €132,000, representing a potential loss to the Exchequer of €105,000.

A businessman, aged in his 50s, who was arrested at the scene was brought to Henry Street garda station for questioning.

Gardai have confirmed he has now been charged and is due to appear before a vacation sittting of Tralee District Court this Thursday afternoon.