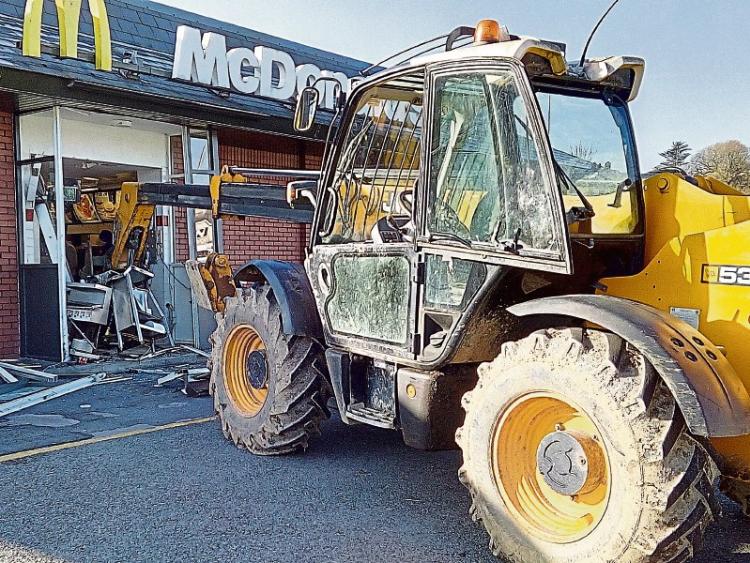 GARDAI are renewing their appeal for information following an incident at the McDonalds restaurant in Castletroy last week.

Two males entered the premises at around 2.50am on March 20 having used a JCB teleporter to damage the property.

According to gardai, the male culprits gained access to a rear office and an attempt was made to leave the premises with a safe.

However, they were unsuccessful and fled a short time later.

The restaurant was extensively damaged and a major garda investigating is continuing.

“If there was anyone in the area around this time and noticed this teleporter on the road or at the premises or anything unusual, I would like to ask them to contact Gardai at Henry Street garda station,” said Sergeant Kevin Balfe,