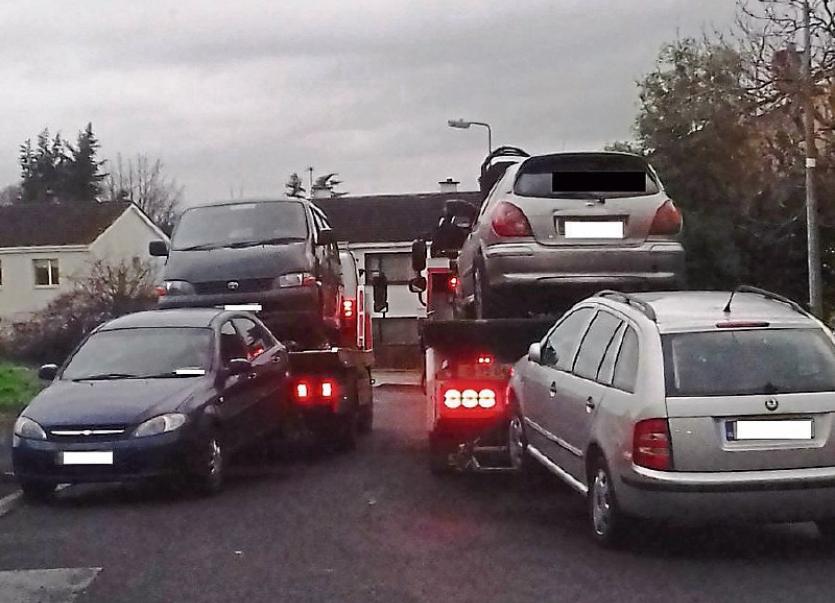 GARDAI have seized a number of vehicles in the Castletroy area of the city under the provisions of Section 41 of the Road Traffic Act.

According to a message posted on social media this Saturday afternoon, four vehicles were seized as they did not have valid Motor Tax.

“Vehicles seized in Castletroy area of Limerick. All section 41s - expired tax.” stated the tweet on the @gardatraffic account.

A photograph posted in the tweet shows four vehicles on the back of trucks being removed from outside what appears to be a residential premises.

It is understood the vehicles, which include one a van, an estate-type car and two smaller cars have been taken to a secure garda compound where they will be detained until they are claimed by their registered owners.

No further details have been revealed at this stage in relation to the circumstances surrounding the seizure of the vehicles.