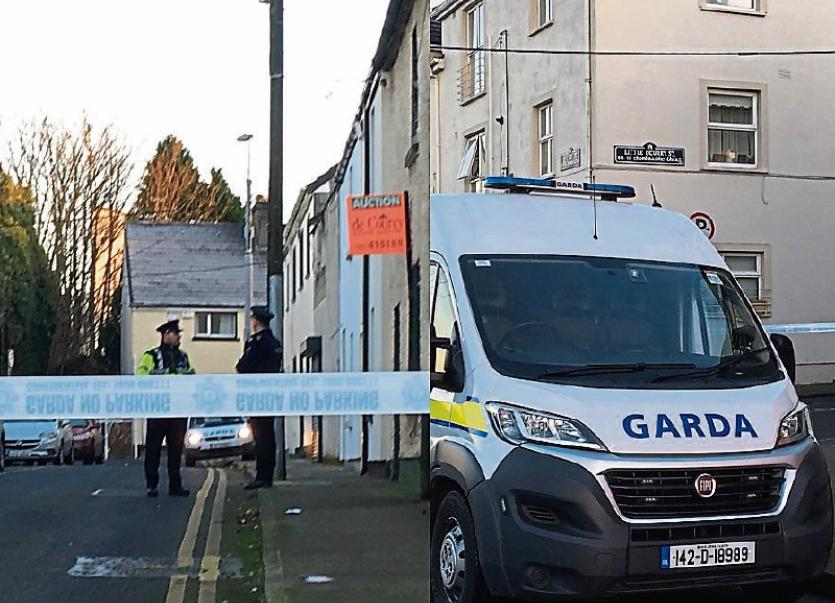 Gardai at scene of discovered body on Little O'Curry Street

A POST-mortem is to take place due this Monday following the discovery of a man’s body in Limerick city.

The man, who is aged in his 40s and has been named locally as Martin Clancy, was discovered at a flat on Little O’Curry Street in the city centre on Sunday evening.

Gardai at Henry Street are investigating “all the circumstances surrounding the discovery”, and have been at the scene since around 6pm on Sunday.

It is understood that the body had a number of injuries when it was discovered.

The scene has been preserved and the entire street, which adjoins Windmill Street and O’Curry Street, has been cordoned off.

A post-mortem is due to take place sometime this Monday, and it is understood that the Garda Technical Bureau is due to arrive at the scene shortly after 11am.

The State Pathologist has also been notifiied of the discovery.

Gardai in Limerick city remain at the scene of the discovered body. Full Street is cordoned off. For more coverage, follow the @Limerick_Leader pic.twitter.com/vslSOFHiHI

There has been widespread surprise and shock felt by residents living in the area, which has been described by locals as “very quiet”.

Garda are appealing for witnesses or to anyone who may have seen anything unusual or suspicious in or around Little O'Curry Street to contact Henry Street Garda Station on 061-212400, The Garda Confidential Telephone Line 1800 666 111 or any Garda Station.