Two charged over theft of quad bike from Limerick farm 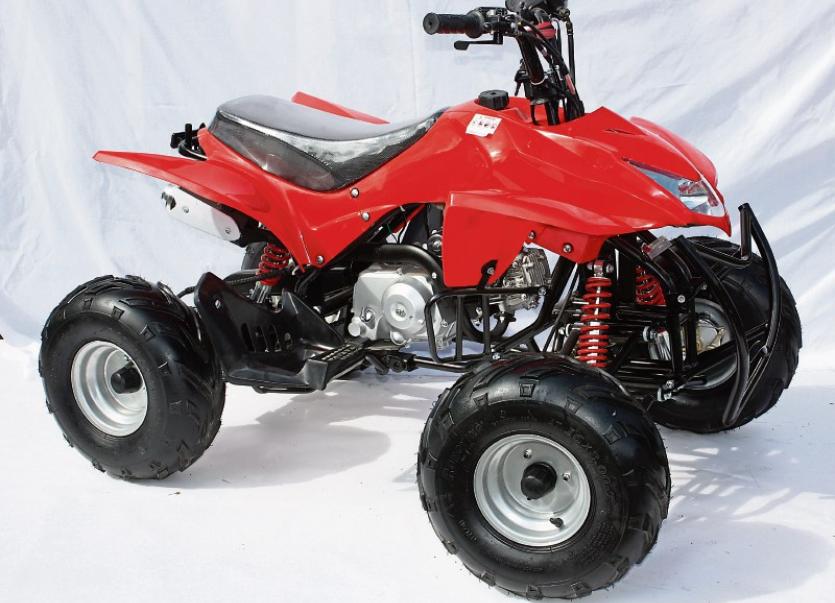 TWO men have appeared in court charged in connection with the theft of a quad bike from a farm in County Limerick earlier this week.

Polish national Maciej Kanai, aged 37, of no fixed abode and Mykola Lastovestskyy, aged 56, who has an address at Coarliss, Charleville, County Cork are each charged with handling stolen property – namely a quad bike – at an address in Charleville on Tuesday.

Mr Lastovetskyy – a Ukranian national – is also charged with burglary and with stealing the quad bike from a farm at Clonroosk, Feenagh the previous day.

It is alleged the quad bike which was recovered by gardai on Tuesday is worth around €8,000.

While the defendants were arrested by gardai from the Newcastle West district, they appeared before a siting of Midleton District Court in East Cork this Thursday.

During a brief sitting, neither applied for bail and both defendants are due to appear before Fermoy District Court again on Friday.

Judge Brian Sheridan was told the State will oppose any future bail application.

A file is being prepared for the Director of Public Prosecutions in relation to the matter.