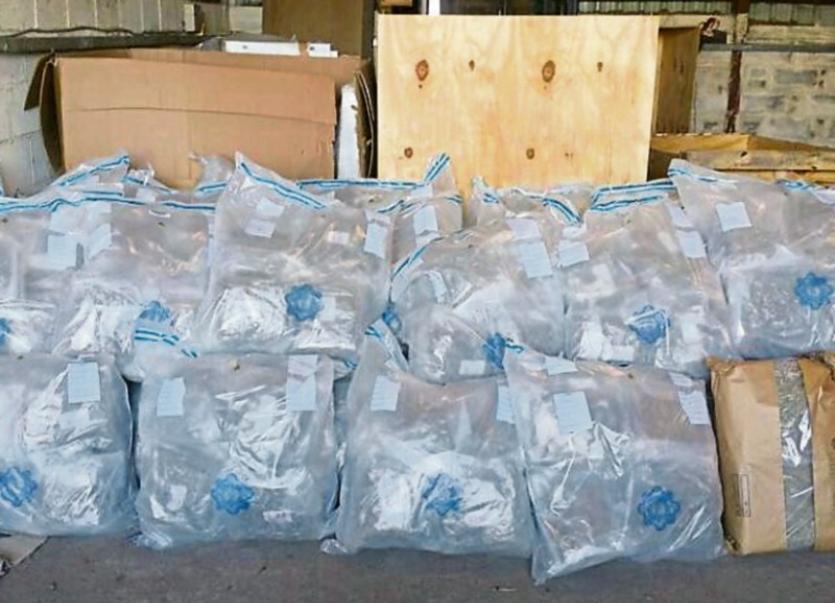 Cannabis worth around €7million was seized in County Meath

TWO Limerick men are being questioned by Police in the Netherlands following an international operation targeting the activities of the Kinahan crime cartel.

The men, who both have criminal convictions, were two of eight men who were arrested in Amsterdam on Thursday morning.

It’s reported that one of them has gangland connections and previously made a significant settlement with the Criminal Assets Bureau.

A further four people were arrested in Meath and Dublin as part of the intelligence-led operation, which was led by Assistant Commissioner John O’Driscoll.

Images of some of the drugs seized by members of the Garda National Drugs & Organised Crime Bureau & the Special Crime Task Force during ongoing searches in Co. Meath. For more see https://t.co/qa3zof2YCp pic.twitter.com/Whvv7eHwQF

Significant quantities of drugs, cash and Bitcoin were seized during the international operation along with mobile phones and other electronic devices.

Two men arrested following the seizure of cannabis worth around €7m at an industrial unit in Meath are due in court this Friday morning having been charged late on Thursday night.

The other 10 men, including the two from Limerick, remain in custody at garda stations in Dublin and Police stations in the Netherlands.