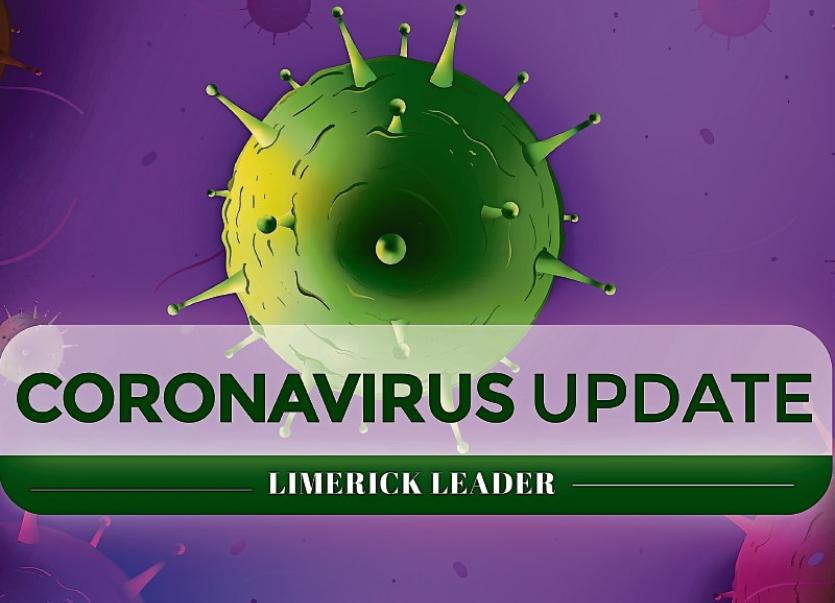 There are 585 confirmed cases of Covid-19 in Limerick

THE number of confirmed cases of Covid-19 in Limerick has risen to 585 after it was revealed that one additional case has been reported.

The last confirmed cases of the disease in Limerick was reported on Saturday evening with none being reported on Sunday or Monday.

In an update this Tuesday evening, the Department of Health says it has been notified of three further Covid-related deaths across the country bringing the total number of deaths in Ireland to 1,709.

The @hpscireland has today been informed that a total of 3 people with #COVID19 have died.

There have now been a total of 1,709 #COVID19 related deaths in Ireland.

The latest data from the Health Protection Surveillence Centre, as of midnight, Sunday, June 14 reveals that 57% of all confirmed cases are female while 43% are male.

The median age of confirmed cases is 48.

In a statement, Dr Tony Holohan, Chief Medical Officer at the Department of Health confirmed that 386,572 tests have been carried out in Ireland since testing began.