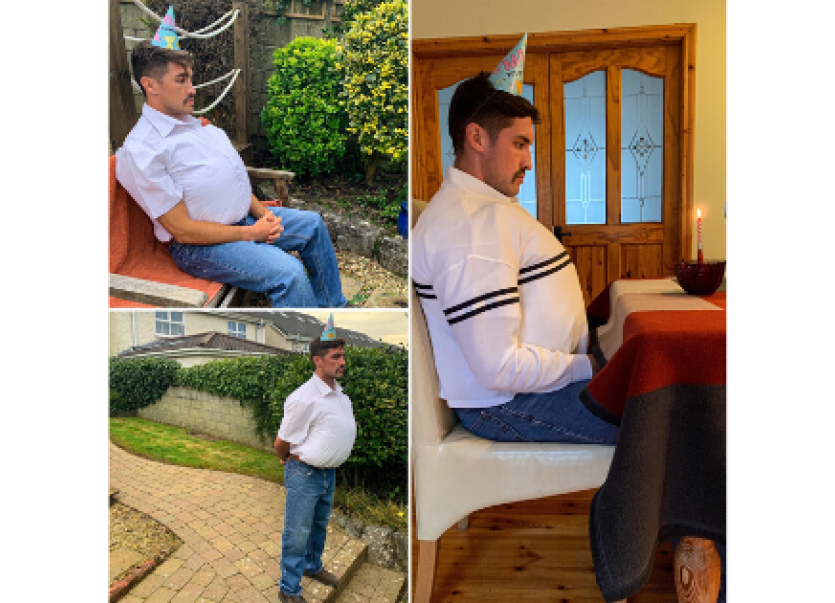 LIMERICK'S Love Island winner Greg O'Shea has raised spirits by recreating an internet meme to mark his birthday, which he appeared to have celebrated alone yesterday.

The Corbally native took to Twitter to post the funny image of him appearing lonesome and forlorn while wearing a birthday hat and even blowing out the candles of his cake.

So today I celebrated my birthday in self-isolation #COVID19 pic.twitter.com/wzclzhQlXF

The now 25-year-old Irish Sevens player also sported a moustache and a stuffed shirt to mimic the original meme of the character of Pablo Escobar in the TV drama Narcos looking desolate and deep in thought.

The Tweet has been liked over 2,500 times, with many followers sending their birthday wishes.