An evening with sports stars to aid Special Olympics 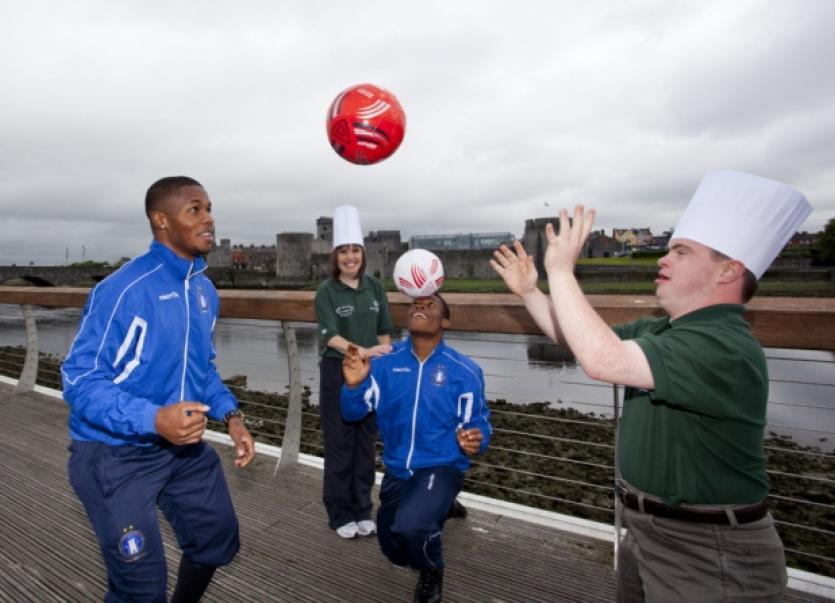 A SPECIAL evening in aid of Special Olympic Ireland’s return to Limerick will be toasted at a fundraising event in the city later this month.

A SPECIAL evening in aid of Special Olympic Ireland’s return to Limerick will be toasted at a fundraising event in the city later this month.

Sporting heroes from GAA, rugby, soccer, and horse racing will join with local Special Olympic athletes for An Olympic Evening at the Cornstore restaurant on September 25.

Former rugby star and Special Olympics Ambassador David Wallace will be MC on the night, and Keith Wood will be the guest speaker.

There will also be a three-course gourmet meal, musical entertainment and an auction.

The fundraising evening is the first in a calendar of activities scheduled to take part in Limerick in the build-up to the 2014 Special Olympics Ireland Games.

Siobhan Nolan, regional fundraising co-ordinator, said “we are a sports organisation first and foremost and therefore it is wonderful that we can toast the games returning to Limerick with a sports themed event.

“This is a superb opportunity for the people of Limerick to meet with our athletes and local sports celebrities and celebrate the fantastic sporting tradition in the region,” she said.

Tickets for the event are €50 euro per person and can be booked by contacting Siobhan Nolan on 085 8053242 or Siobhan.nolan@specialolympics.ie